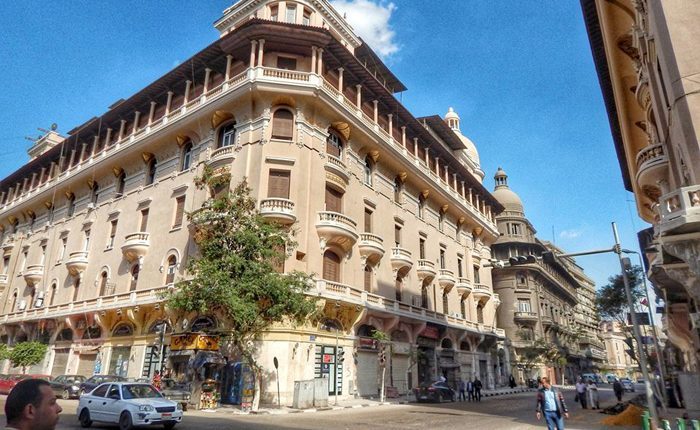 To take people back in time, to Egypt’s different glorious eras since ancient Egyptian civilisation until its recent history, a new exhibition will open its doors in Paris on 28 March, the French Institute of Egypt announced on Saturday, according to MENA news agency.

The exhibition, dubbed The Epic of the Suez Canal, From the Pharaohs to the 21st century, kicks off this month in Paris, bringing Egypt’s fundamental elements back to life through a set of pictures, texts, and videos.

Organised by the Arab World Institute, the exhibition runs until 5 August, focusing on the history of Egypt’s Suez Canal and how it represented Egypt’s civilisation through the eras.

Claude Mollard, general supervisor of the exhibition said that focusing on the Suez Canal came from their belief that it resembles the international history of the 19th and the 20th centuries, asserting that “it had to be stated as a historical icon.”

He also added that the exhibition comes to prove that Egypt was “the heart” of the world in the past.

The Arab World Institute is focusing on the canal as it is also synonymous with Egypt as a major tool for economic development, the official website said of the exhibition.

Mollard added that the idea came while former French president Francois Hollande visited Egypt as part of his participation in the opening ceremony of the New Suez Canal in August 2015.

The Epic of the Suez Canal, From the Pharaohs to the 21st century features the history of the canal in four stages, from its very start, until the latest expansions that occurred in recent years.

The exhibition will showcase the beginning of the canal, since it was a dream for ancient Egyptians in 1850BC, then following its digging, where thousands of people lost their lives to complete the dream, until it was opened in 1872. The exhibition largely showcases the digging mechanisation in models, photos, and videos, from the first excavators to the most recent machines, and the opening to foreign workers.

Through various forms of showcasing the canal in its different stages, the exhibition also showcases Egypt’s history while struggling for economic freedom under British occupation, until the canal was nationalised in  1956, and how that led to the what history now recalls the Suez Crisis in 1956.

Sets of paintings and videos will also put a spotlight on the political upheavals of the second half of the 20th century, including wars with Israel in 1967 and 1973.

“We don’t start the exhibition with the invention of the cinematograph; but we treat 4,000 years of history in a cinematographic way by resorting to various immersive processes such as videos and fictions,” Mollard added.

The exhibition leads visitors to more recent times of expansion works on the canal, until the last expansion that took place in 2016.

The Epic of the Suez Canal, From the Pharaohs to the 21st century will also showcase rare war maps from Egyptian and Israeli archives, with voice recordings of the war time. For the first time since its opening, an exhibition will display the portraits that have been painted about the Suez Canal made by artists from all over the world in different times.

Mollard stated that among the displayed items will be paintings reviewing Queen Hatshepsut’s trip to Puntland during the ancient Egyptian civilisation to highlight Egypt’s connection with the outside world.