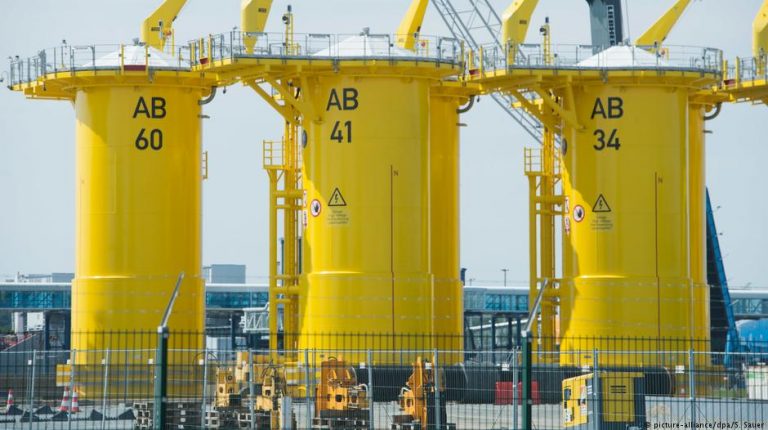 German energy giants E.ON and RWE have announced they are planning a major asset swap involving RWE subsidiary Innogy. The move is part of an ongoing major restructuring of the country’s energy market.German energy giant E.ON is planning to take over Innogy, the renewables subsidiary of domestic competitor RWE. The complex deal was valued at around €20 billion ($25 billion), the companies said Sunday.

The in-principle agreement involving huge asset swaps is part of a major restructuring of Germany’s energy market as Europe’s powerhouse switches from conventional to renewable power.

Under the deal still subject to approval by anti-trust authorities, RWE would receive the Innogy renewables and gas storage business as well as Innogy’s stake in Austrian energy supplier Kelag.

E.ON is to focus on the retail, energy networks and customer solutions business while also planning a cash offer to the remaining Innogy shareholders.

German business daily Handelsblatt said “for decades E.ON and RWE were bitter rivals; now they agreed on a spectacular deal that will shake up the European energy market.”

Europe’s top economy has since raised the share of solar, wind and other renewables to about one-third of overall electricity generation.

E.ON has spun off its fossil fuel operations and invested heavily in renewables, while RWE remains the biggest power producer and still operates major coal-fired plants.

The planned large-scale asset swap went down well with shareholders. E.ON shares surged by over 10 percent in premarket trading, RWE’s shares added 5 percent and Innogy’s shares gained some 12 percent. All three stocks defended their gains after the opening bell.

“It’s good if there are competitive and internationally oriented energy providers in Germany,” she said in a statement. “Concentrating on specifc business areas can promote necessary investments in generation and distribution networks.”

B Investments IPO oversubscribed 54 times one hour before closure