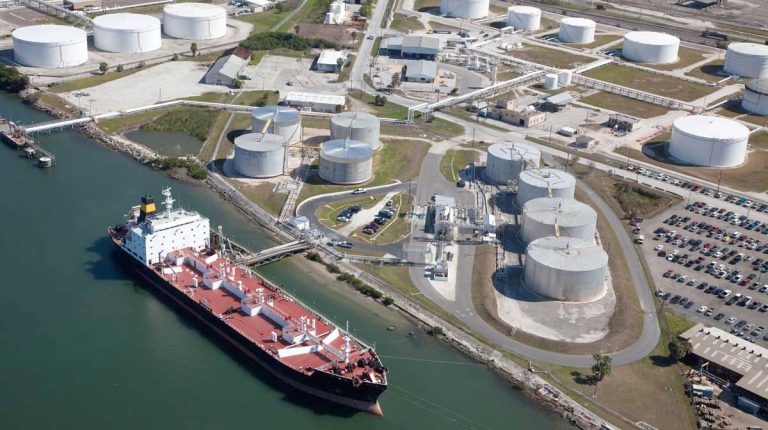 The Egyptian economy has gone through a wide range of changes in the past four years, implementing a reform programme backed by a $12bn loan from the International Monetary Fund (IMF) is a turning point. For many Egyptians, 3 November 2016 was an historical day, as the Central Bank of Egypt (CBE) announced the pound’s flotation and raised interest rates to contain inflationary pressures, while fiscal consolidation was pursued though subsidy, tax, and civil service reforms.

Taking advantage of the softening global oil market, fuel and electricity prices were raised, and a plan for a gradual phasing out of these subsidies was developed.

On 5 June 2014, one month after President Abdel Fattah Al-Sisi’s inauguration, the government decided to cut fuel subsidies in an early step to improve the subsidy system, according to then-prime minister Ibrahim Mahlab’s announcement at the time.

In the early period of Al-Sisi’s tenure, the annual gross domestic product (GDP) growth of the 2014 fiscal year recorded 2.1%, external debt surpassed $46bn by the end of June 2014, and consumer price inflation was 8.2%.

“There is no doubt that the Egyptian GDP growth developed very well during the last four years because of pursuing an economic reform programme in collaboration with the International Monetary Fund, which included very important and tough procedures and put the economy on the right track,” said former CEO of the Egyptian Centre For Economic Studies (ECES) Sherif El-Diwani.

Liberalising the exchange rate and cutting both energy and food subsidies were the major steps that were taken by the authorities, especially since the availability of several dollar exchange rates on the market affected investors and traders badly, clarified El-Diwani.

Cutting subsidies helps to contain the budget deficit and saves money to be directed for the marginalised segments of society, said El-Diwani.

“The foreign currency shortage hit most exporters and they were not able to compete in the international market, while flotation gave them the opportunity to increase production,” added El-Diwani.

Exports are expected to record $23.2bn by the end of the current fiscal year and reach $26.2bn in the next fiscal year, according to the IMF report in January 2018, while Egypt ended the fiscal year 2013/2014 with commodity exports worth $26.1bn, according to an official announcement.

“Higher, healthy growth rates make people feel a positive change in their lives. This needs four new structural reforms,” added El-Diwani, clarifying that market reform and guaranteeing free and fair competition are the main areas the authorities must focus on.

The government must attract informal enterprises to the formal sector, as 70% of existing companies are in the informal sector, which affects GDP, while nourishing the economy needs mobilisation of national resources and capital, noted El-Diwani.

Egypt is implementing a plan to bring down youth unemployment figures by marking education quality as a priority and improving graduates’ skills. The government has developed a comprehensive reform plan for basic education, guided by some of the world’s leading educational models, with an emphasis on the promotion of quality technical and vocational education, said Al-Sisi in an interview with Oxford Business Group (OBG) earlier this month.

The unemployment rate reached 11.3% by the end of the last quarter of 2017, according to the Central Agency for Public Mobilisation and Statistics (CAPMAS), compared to 13% in June 2014.

FDI leaps with a positive outlook

Egypt’s investment climate suffered a lot after the 2011 revolution because of the unstable political environment, but much of that changed after the presidential election in 2014 and the procedures that followed, said Alaa Omar, former CEO of the General Authority for Investment and Free Zones (GAFI).

“Many important laws were issued during the past four years, which affected the investment climate positively. Now we have the Investment Law, Industrial Licenses Law, Bankruptcy Law, and major improvements in the field of the stock market,” added Omar.

Economic reform decisions played an important role in recovering investors’ trust. Moreover, presidential visits abroad and the promotion of investing in Egypt improved the relations with many countries and conveyed the real situation of the Egyptian economy, noted Omar.

In March 2015, Egypt hosted the Egypt Economic Development Conference in Sharm El-Sheikh, which many representatives of foreign countries attended. In December of the same year, the Ministry of Investment announced that Egypt signed 19 memoranda of understanding (MOU) with total investments of $58.8bn, according to former minister Ashraf Salman at a press conference.

“The $16bn Saudi Egyptian investment fund will be activated shortly which benefits the investments in South Sinai governorate, Alamein, and other areas,” said Omar, noting that the idea of the fund is not new and was discussed in 2016, though did not see implementation.

“Egypt is still marketable to foreign investors because of its geographical position. The positive outlook is encouraged by the flotation and issuing a single price for the dollar,” noted Omar.

“I think that interest rates will see a declining trend in the next period, which will prosper with coming investments,” added Omar.

The CBE slashed all its key interest rates by 100 basis points on 15 February. The overnight deposit rate was cut to 17.75%, the overnight lending rate to 18.75% and the main operation rate to 18.25%, according to an official statement. This was the first interest rate cut since the November 2016 flotation.

The next meeting of the CBE’s Monetary Policy Committee will be held on 29 March to discuss any changes in the interest rates.

External debt key challenge; foreign reserves should be made through economic activity

“Soaring external debt is a critical challenge facing the reform process and needs to be solved; the government should come up with a strategic plan to slash the recorded figures of external debt,” Yomn El-Hamaki, an economic expert, said.

“Making full use of the borrowed money by implementing megaprojects is a key issue to boosting economic activity,” added El-Hamaki, emphasising the importance of establishing a strong industrial sector that can support exports and save foreign currency to pay back loans.

“I think that we should have a clear export strategy and learn from our previous experiences in 1990 when the foreign debt leapt greatly because of dependence on imports. Local production was not large enough for the consumption, while exports were slashed,” said El-Hamaki.

“Debts are not something to worry about as long as the government perfectly benefits from the money in the megaprojects that could save revenue and offer job opportunities,” added El-Hamaki, noting that tourism is not a reliable source of hard currency because it shifts according to external factors.

“Tourism revenues are fast to gain and fast to run out, so the industrial sector is better to depend on. However, tourism, information technology (IT), the services sector, and Egyptian transactions of hard currency are good for the economy but not sufficient sources of foreign reserves,” added El-Hamaki.

Egypt’s foreign reserves jumped to $42.5bn by the end of February 2018, according to the Central Bank of Egypt’s latest statistics, while they recorded k $16bn in June 2014, one month before Al-Sisi took office.

“Tourism revenues are still below 2010 rates. Tourism was the most badly affected economic sector during that last period because of reasons out of our hands,” said Elhamy El-Zayat, former chairperson of the Egyptian Federation of Chambers of Tourism, adding that the downing of a Russian plane at the end of October 2015 was followed by many problems, like travel ban decisions against Egypt by some countries, which declined tourist numbers.

“While Russia decided to ban its citizens from travelling to anywhere in Egypt, Britain took a similar decision, but banned travelling only to Sharm El-Sheikh in an unexpected decision,” El-Zayat said, adding, “however, the tourism sector depends very much on Russian and British tourists.”

“Russia will allow tourists to come to Egypt by autumn, which is Russian tourists’ favourite season and there are no competitors to the Egyptian market at that time,” said El-Zayat.

“Egypt’s image is changing nowadays. Terrorist attacks happen everywhere [in the world] and I am so optimistic that the period after the presidential election will witness good news regarding lifting the travel bans,” said the former chairperson of the Egyptian Federation of Chambers of Tourism.

The government needs to further promote Egyptian sightseeing through international campaigns, added El-Zayat, noting that he has been involved lately in a study with the ECES to offer an analytic view of the tourism sector throughout the past several years and the study was published on Monday.

“The government launched a comprehensive military operation in Sinai against terrorism in February,” said El-Zayat, adding that terroristic attacks in Sinai affected tourism badly, but success in eliminating the “terroristic individuals” will improve the international image and help boost tourism receipts.

The Egyptian market received 14.7 million tourists in 2010, bringing in $12.5bn in revenues, according to official statistics.