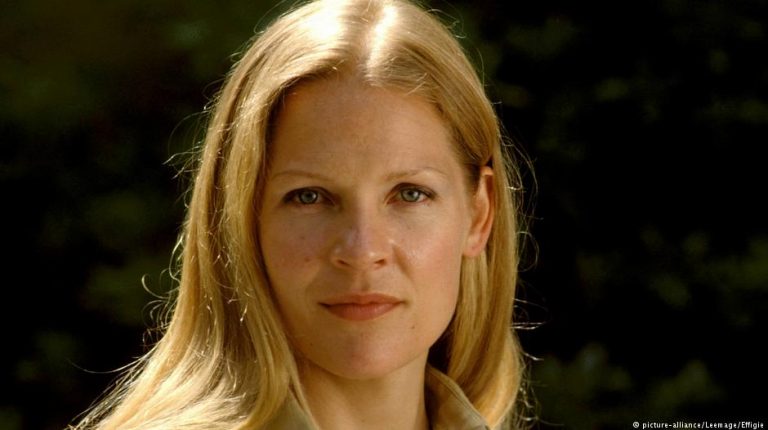 Asne Seierstad has written books on personalities in conflict. She looks at Norwegian mass murder Anders Breivik with the same, unjudging eye as two women who became Islamists. Judgment, she told DW, is for her readers.Writer and journalist Asne Seierstad, worked as a foreign correspondent for Norway’s television, reporting on crisis and conflict regions for many years. In her documentary novel “En Av Oss” (“One of us”), she reconstructed the terror attack perpetrated by right-wing extremist Anders Behring Breivik who assassinated 77 people on the island of Utøya, as well as in the center of Oslo, on July 22, 2011. At the Leipzig Book Fair, the author, 48, was bestowed with the Prize for European Understanding.

DW: You were originally commissioned by Newsweek to write an article at the start of Breivik’s trial. How did this turn into a book of more than 500 pages?

Asne Seierstad: I was shocked when the attack occurred but I never had the feeling that it was my story to write. I had never written about Norway, only about wars and conflicts abroad. On the first day of the trial, from the moment that Breivik entered the room, you could feel the coldness that he radiated. I felt very uncomfortable. In the courtroom, there were the parents sitting there, the journalists and lawyers—it was packed with conflicting emotions. You were drawn into it. After a few days, I realized this was not an article. It is a whole book. And suddenly I felt: I have to go into the story because this is our tragedy. This is a story about us, about Norway.

Your book is titled “En Av Oss” (“One of us”). And in fact, Anders Behring Breivik who coldly planned to murder 77 people once lived in a rather bourgeois neighborhood right near your house.

Definitely. He was my neighbor. He could have been anyone’s neighbor actually. And when I called the title “One of us” it`s like he comes out of this society he was on the surface a very ordinary person. He went through the same school system as all of us. He read the same papers, he went to the same shops. He had the same experience. So what made him into his warrior, believing thecountry is being Islamisized, this country being victim, this kind of conspiracy of selling out Norway, Europe to the Muslim world? So it was like he came out of the society but then it`s up to the reader to decide whether he is still one of us. Or whether he is… lost to us.

While accompanying the trial for ten weeks, you studied police records, a psychiatric evaluation and information on Breivik’s entire childhood and youth. What kind of personality emerged?

He is a very lost individual. The thing is, he is cruel but he is also very pathetic. It sounds almost ridiculous to say this, because it was important to me in the book never to use adjectives to describe him. Even the word “evil” is not in the book, just his actions, what he was thinking, like he was calculating how many poeple needed to be killed to get famous–I just put it in his words. I don’t describe what I think about him, because that is the work of the reader.

Your book not only reconstructs the attack and how Breivik, the son of a diplomat, turned into a mass murder, but also intertwines the life stories of the victims, the youths who were killed because they had joined Norway’s Labour Party that Breivik hated.

Actually it was difficult to write biographies of those kids who were 18 years old because they were quite clever, successful. These were kind of leader types who were on that island, very visible, very outgoing. So it sounded like if they were perfect children, how to make them come alive? How to make them more than just what you read about them after a tragedy? So I spent a lot of time talking to their friends and family to kind of make them alive, getting to know them after they were killed. They will always be part of my life, these children. These teenagers have become part of my life and also part of the loss that I felt.

Seven years have now passed since the terror attack took place. Has the incident affected Norway’s open-minded and liberal society?

To be honest: not much has changed. Of course, it´s a shock. And it’s part of our history–this feeling we can also be impacted by something. But somehow, Norway is very down to earth, a solid country built on the mountains–it takes more to change society than this.

Your latest book published in Germany, “Two Sisters: Into the Syrian Jihad” is a report on two Norwegian-Somali girls who went to Syria in 2013 to join ISIS. Once again, the topic is radicalization. Are there any parallels to Breivik?

I think there are many common threads between them. They both feel supressed in a way: the girls feel surpressed, like, why doesn’t Norway let us just be extreme Islamists. Why don’t they let us wear a veil at school? And he felt suppressed because, like, why don’t I get the chance when you have all those immigrants who get in. The Islamization of Norway, when he feels that Muslims are taking over Europe, that they get the most benefits and I am suppressed, as a white male. It’s this growing feeling of victimization that’s important in terror. The feeling of being humiliated or degraded and the urge to hit back.

And in both cases, violence is directed against Europe’s liberal and tolerant societies.

Both Breivik and the two sisters reject European values and Europe as such and they attack it. I think it’s important to understand why Europe is under attack. We are so pleased with ourselves. Most Europeans, we think that we have found the best governments; of course, there are failures. Scandals and everything, but after all if we take a step back, we have found a perfect solution, which is democracy and liberalism, and values of understanding and tolerance and justice and respect–as opposed to many countries in the world where you have police states and political prisoners. Europe probably has the best governance system, but how come so many of the young people reject it and attack it? They want to succumb and get a new system where we get rid of something. You know, this Fascist idea whether it’s Islamist fascism or right-wing fascism, there’s this idea of purification, that if only we get rid of this and this and that, we will find a perfect solution, Whereas Europe is a mix, it will never be cleansed, it will never be one thing. So I think it’s important to try to find out from both those angles why they are attacking Europe.