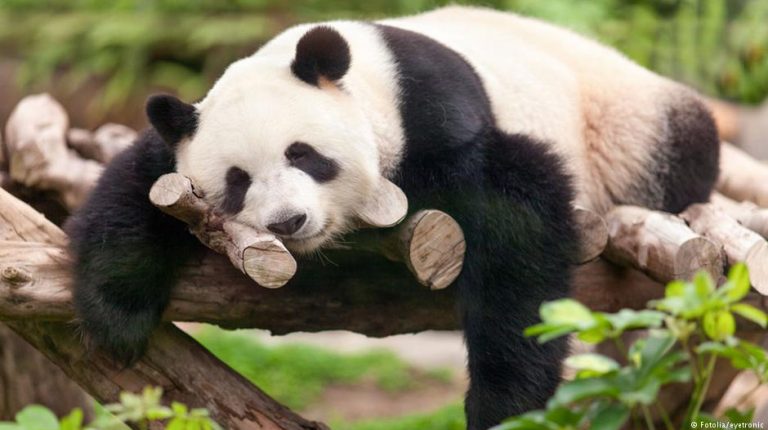 A new study by WWF predicts drastic consequences for animal species around the world if temperatures keep rising — even if pledged limits to global warming are met.Global warming will threaten up to 50 percent of the world’s animal species, according to a study recently published by the World Wide Fund for Nature (WWF).

Working with the University of East Anglia and the James Cook University, the nongovernmental organization examined 35 so-called priority places around the world, which are home to some of the planet’s most exceptional ecosystems and habitats.

These include biodiversity hot spots such as the Amazon basin and Madagascar.

If temperatures continue to rise in these regions as predicted, local wildlife will be severely threatened, the study concluded.

Almost 50 percent of animal species are at risk of extinction in those places by 2080 if global temperatures increase by 4.5 degrees Celsius (8.1 degrees Fahrenheit).

Even reaching the goal of keeping global temperatures under a 2-degree Celsius rise over pre-industrial levels as determined by the Paris Agreement will still have harm wildlife: almost 25 percent of species in priority places are still at risk under such a scenario, according to the study.

Around the world, animals such as the African elephant or the giant panda could vanish from their natural habitats.

But plants, amphibians and reptiles face an even greater struggle for survival, as they have a harder time escaping the effects of climate change.

“Species reorganize with the climate,” WWF spokesman Jeff Price told DW, “but they do that at different rates. Birds, for example, deal with the effects of climate change reasonably well.”

The study makes a distinction between species who have the capacity for biological dispersal — that is, the ability to migrate from one site to another — and those that cannot.

If global temperatures increase by 4.5 degree Celsius, 13 percent of migratory birds are at risk of local extinction, compared to 74 percent of amphibians, which are unable to move as far.

However, even those species that are able to move between different sites might face hindrances. “That’s why it’s best to try and keep things intact as they currently are,” says Price.

Gerhard Haszprunar, director of the Bavarian State Collection of Zoology in Munich, thinks the study’s findings are plausible.

But he points out that even more species would be considered at risk if ocean habitats were also taken into account.

The rate of species extinction is already alarmingly high, Haszprunar confirmed to DW. He sees this as not just a direct result of climate change, but also linked to deforestation and intenstive agriculture.