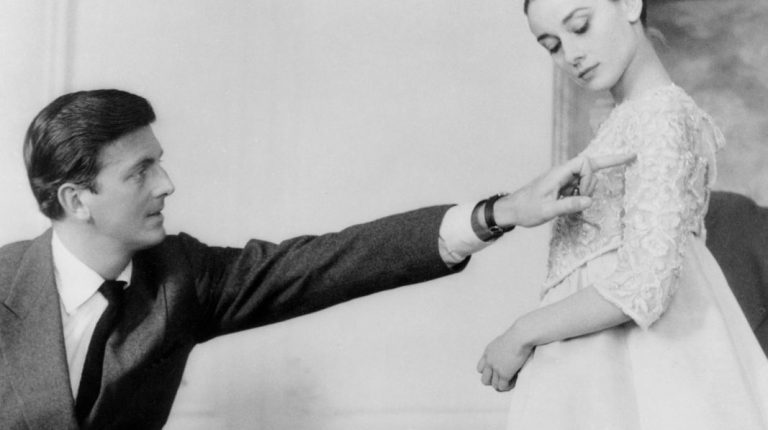 In the 1960s, the decisiveness of black took over the wardrobes of many women around the globe. After remaining loyal to the dreamy shades of pastel, one significant debut on the silver screen convinced many women to embrace the contemporary aesthetic of fashion.

Audrey Hepburn, supported by her fashion soulmate Hubert de Givenchy, changed the nature of everyday fashion through several memorable costumes flaunted on the sets of Roman Holiday, Breakfast at Tiffany’s and many other box office sensations.

The man who paved the way to today’s fashion staples, one gown at a time, passed away this week at the age of 91. Philippe Venet, his life-long companion, confirmed the news yesterday. The acclaimed couturier passed away earlier this week at his residence in France.

Hubert de Givenchy was one of the most celebrated connoisseurs of taste and timeless elegance. His silhouettes gave women the chance to combine extravagance with practicality.

Along with Hepburn, who was his close friend and muse for over 40 years, Givenchy also created many unforgettable looks for the late princess of Monaco, Grace Kelly, and the former first lady of the United States Jackie Kennedy.

The designer started his career working with the likes of Pierre Balmain and Christian Dior after the second world war before getting employed by the surreal Elsa Schiaparelli.

Givenchy started his eponymous brand in 1952 at the young age of 24. He later introduced the idea of separates. His revolutionary dress code depended on the feasibility of jackets, blouses, and skirts that could be restyled over and over, rather than inflexible gowns.