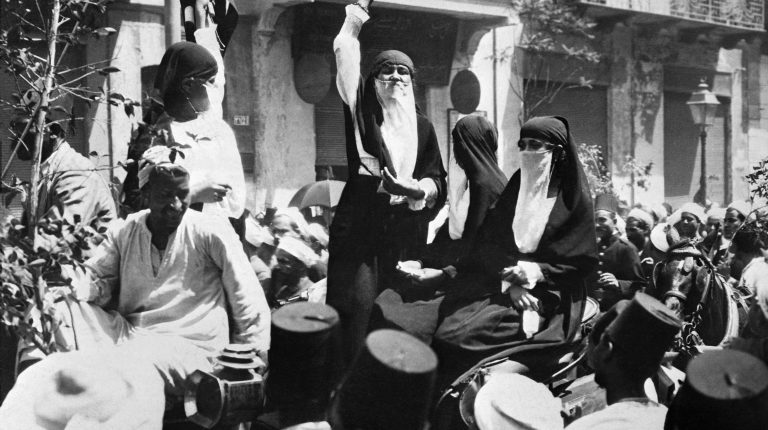 The march of Egyptian women is fraught with struggle to achieve their political and social rights. By stopping at some critical moments in the history of Egypt, observers can find that women’s movements, for nearly two centuries, have been able to be effective and to create change

Egyptian women have struggled throughout history and proven that they are capable of change and work. They can take responsibility and demonstrated success in various fields. So, every year on 16 March, Egypt celebrates Egyptian women’s struggle throughout history on Egyptian Women’s Day. But the question is: why did Egypt choose 16 March in particular to celebrate this day, despite the struggle of women occurring on all days?

The answer is that this day has a special significance in the history of Egyptian women, as it dates back to one of their earliest political demonstrations during the 1919 revolution, when women took to the streets to protest, not for women’s rights, but to confront the British occupation.

These rallies were the beginning of a series of demonstrations that women leaders regularly held during the revolution, which resulted in the woman who became the first Egyptian female martyr, Shafiqa Mohammed Ashmawi.

Four years after the great demonstrations of Egyptian women on 16 March 1919, Hoda Shaarawy founded the first Egyptian Feminist Union on that same date, 16 March, in 1923. This association was the only one that represented Egypt at the first International Women’s Conference.

After five years from founding the first Egyptian Feminist Union, on 16 March 1928, Cairo University accepted its first female students, then later, on 16 March 1956, Egyptian women won the right to vote and to run for elections.

The struggle of women in Egypt continues. Though they have achieved some of their demands, these achievements are still only a step in the right direction. They still fight to achieve greater empowerment and equality. Daily News Egypt will take a look at the latest statistics compiled by the Central Agency for Public Mobilisation and Statistics (CAPMAS) to evaluate the conditions of Egyptian women in Egypt.

First of all, women in Egypt represent a larger proportion of its population, as they reached 45.9 million in 2017.

On the social side, the CAPMAS stated that 24 years old was the average age for women to get married in 2016, compared to 30 years old for males.

Furthermore, the CAPMAS explained that the percentage of female workers in the governmental sector reached 25.8%, versus 74.2% for males.

In the political sphere, women filled six ministerial posts in the Egyptian Cabinet in 2017, 20% of the ministers in the cabinet.

On the medical side, about 46.8% females were beneficiaries of health insurance in 2017.

Finally, in terms of education, 68.6% was the total female enrolment in the secondary education level