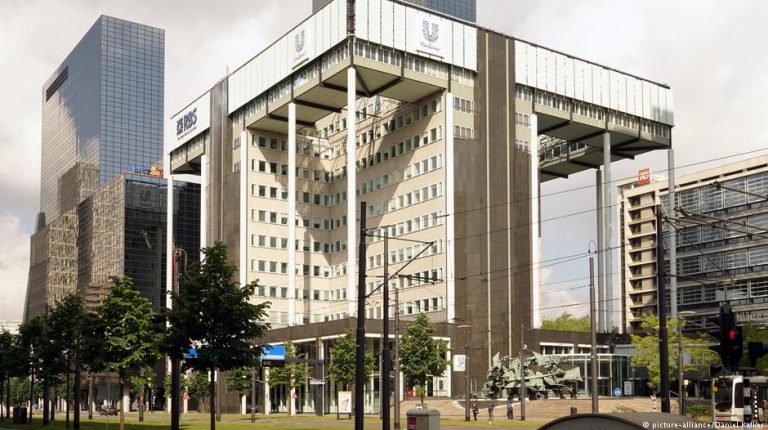 The Anglo-Dutch company will scrap its London corporate headquarters and make Rotterdam its sole legal home. The move is seen as a blow to efforts to keep post-Brexit investment in the country.Unilever said on Thursday it would divide its dual-headed structure into three divisions with two headquartered in London and one in Rotterdam. The company’s 7,300 staff in the UK would not be affected and it would continue to be listed in London, Amsterdam and New York, the Anglo-Dutch consumer goods giant added in a statement.

“Unilever intends to simplify from two legal entities, N.V. and PLC, into a single legal entity incorporated in the Netherlands,” the company said in a statement, issued in Rotterdam and London.

The announcement comes as competition heats up between cities hoping to lure business from London once Britain leaves the European Union in March 2019. The terms of Britain’s exit from the bloc are still unclear, but many firms are planning for a possible move of their EU operations into the bloc.

Unilever’s new structure entails that the headquarters of its beauty and home care divisions will be located in London, while its food and refreshment division will remain in Rotterdam.

The multinational corporation, whose vast stable of brands includes Dove, Knorr and Ben & Jerry’s, did not mention Brexit in its announcement, saying, instead, the move was part of a raft of structural changes intended to turn the company into “a simpler, more agile and more focused business.”

According to British business daily Financial Times (FT), the decision was “carefully co-ordinated” with the British government. FT quoted sources within the company suggesting that the headquarters shift to Rotterdam was little more than a “brass plate” move.

The newspaper also said the team of British Prime Minister Theresa May was relieved that Unilever did not claim that the move was intended to “escape Britain’s liberal regime on foreign takeovers.” It quoted an ally of May as saying the comments of Unilever chief executive Paul Polman that Brexit was not a factor in the decision “could not have been clearer.”

The company was founded in 1930 after the Dutch margarine producer Margarien Unie merged with British soapmaker Lever Brothers. It has maintained its dual-headed structure since then.

Unilever PLC in Britain and Unilever NV in the Netherlands are technically separate companies but operate together thanks to a raft of agreements that allow them to share everything from brands and technology to identical boards of directors.

It said that the two divisions would have autonomy on issues such as mergers and acquisitions, and would have one billion pounds (€1.1 billion, $1.39 billion) to spend, suggesting that this would favor British universities and advertising companies.

Board chairman Marijn Dekkers added that the changes “further strengthen Unilever’s corporate governance, creating for the first time in our history a ‘one share, one vote’ principle for all our shareholders.”