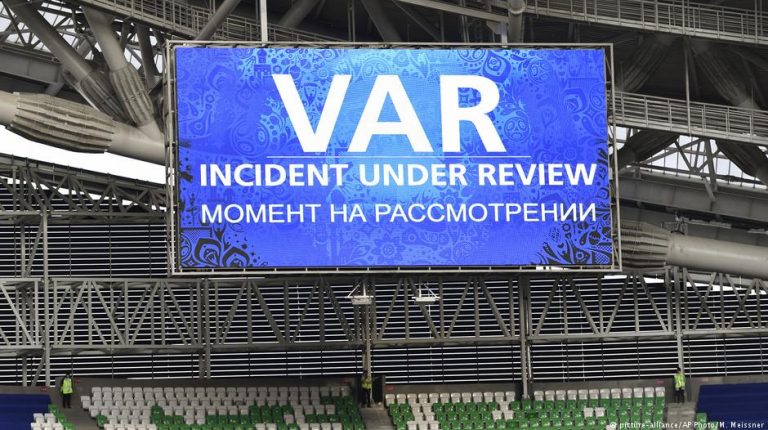 Video assistant referee technology (VAR) will make its debut at the World Cup in Russia this summer, despite opposition from fans. The technology has had mixed success since its introduction in Germany last year.The long-awaited decision to use VAR at the World Cup was finally confirmed by FIFA on Friday.

The decision comes two weeks after FIFA’s rule-making panel voted to write VAR into the laws of the game. That landmark move still left competition organizers to opt to use video review in their games, and FIFA’s ruling committee had to sign off on the World Cup decision.

“We are going to have in 2018, for the first time, a World Cup with VAR,” said Infantino after a meeting of the FIFA Council which, as expected, rubber-stamped the go-ahead.

“This has been approved and we are really very happy with this decision.”

Opinion: VAR sucks the emotion out of football

The World Cup, which takes place from June 14-July 15, will see VAR used to judge whether or not a goal has been scored, analyse whether a penalty should be awarded, decide on red cards and rectify if a player has been mistakenly sanctioned.

“VAR is something positive that will bring much more to the transparency of football,” Infantino said earlier this week on a visit to Lima.

“Video refereeing isn’t going to be the solution to everything in football. What we want to do is avoid resounding mistakes by referees.”

VAR has been trialled since 2016 by 20 federations, including the Bundesliga and Serie A, with around 1,000 matches involved.

But it has not been universally welcomed with even UEFA, the European governing body, still to be convinced.

“Nobody knows exactly how VAR will work. There is already a lot of confusion,” said UEFA president Aleksander Ceferin, who insists that VAR will not be used in next season’s Champions League.

“I am not at all against it but we must better explain when it will be used. We will see at the World Cup,” he added.