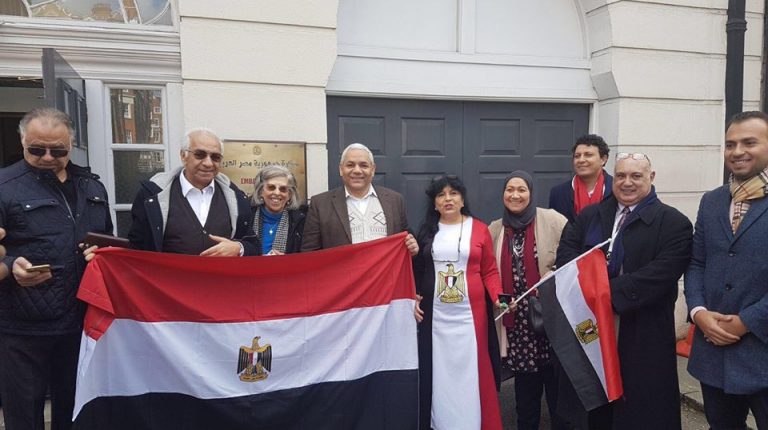 Egyptian expatriates in 118 countries have been casting their ballots at Egyptian consulates and embassies during the first two days of voting in the presidential election, one day before the end of the electoral process abroad, according to a statement from the National Electoral Commission (NEC).

Incumbent President Abdel Fattah Al-Sisi and the head of El-Ghad Party, Moussa Mostafa Moussa, are running as the only candidates in the 2018 presidential election.

On Saturday, Egypt’s Ministry of Immigration and Egyptian Expatriates Affairs responded in a statement to 190 inquiries from Egyptian expatriates regarding the election. The most important one was about Egyptians in Iraqi Kurdistan who were not allowed to enter Baghdad, the federal capital of Iraq.

Egyptians in Tabuk, Saudi Arabia complained about the absence of buses to take them to their polling stations. Most of the inquiries were received from Egyptian expatriates in Belgium, Russia, the US, Canada, Jordan, Saudi Arabia, the UAE, Qatar, Italy, Australia, and the UK, according to the statement.

According to the statement, Arab Gulf countries, particularly Saudi Arabia and Kuwait, in addition to the US, have witnessed the heaviest turnout on the first two days of voting in the election abroad. Women were leading the participation in the voting process abroad, the statement said.

Domestic voting for the presidential race will be held from 26-28 March.

The NEC announced in January that a second round of voting would take place outside Egypt from 19-21 April, while 24-26 April would see voting inside Egypt. A run-off will take place if no candidate secures more than 50% of the vote.