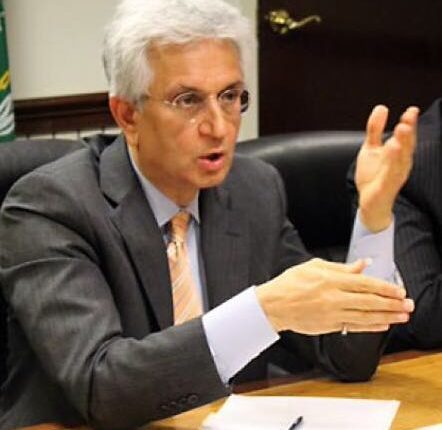 “In every country that implements a reform programme, there is a group that pays the biggest price, and it is always the middle class, because there are always social protection programmes for the weaker classes that accompany the steps of the initial reform,” he explained. “However, governments should not neglect the formulation of protection programmes for the middle class, which is the main driver of the development process,” he added, noting that the provision of education and health services is the best way to protect the middle class, which is already spending a lot on these areas. “Some of the middle class can no longer secure funds for their children at private schools and universities, or for private hospitals.”

As for the Egyptian situation, Hassan said that the Egyptian government is aware of the suffering of the middle class and the need to formulate a programme to reduce this suffering, because with the study of different experiences, it is confirmed that economic growth cannot recover without the middle class.

In this context, an Egyptian governmental source revealed that the Egyptian government is currently working on a package of measures in favour of the middle class, which will be announced soon after it is finalised. “We had to finish protecting the most underprivileged classes in the first place. We will also support the middle class,” the source said. The official stressed that the economy and investment must recover in order to provide resources to enable the government to implement these programmes.

Hassan said, in a meeting with the press delegation accompanying the door-knock mission to Washington DC organised annually by the American Chamber of Commerce in Egypt, that the reform programme developed and implemented by the Egyptian government saved the Egyptian economy from dying. He added that the economy was on the verge of collapse in the period after February 2011, as fear spread among investors and several sectors were paralysed, notably tourism. He explained that the fall of global oil prices pushed revenues of the Suez Canal down, while security instability threatened development across the board.

“The reform programme was a poisonous dose, but its use was inevitable,” Hassan said, adding that the Egyptian people bore the cost, and the Egyptian president and the government worked to build a strong social net to protect the poor, although the country does not have many resources.

“Egypt has passed [this stage], and if reform is continued, it will make a leap. Egypt has survived a great danger that can only be seen in the context of the infrastructure damage in countries such as Syria. Our studies show that it has lost 65 years of development, going back to 1952,” he said.

Hassan said it is possible for the World Bank to obtain $5 in funding from different parties for every $1 it would provide for a project in Egypt, as a result of the confidence of international institutions and investors in the Egyptian path.

In recognition of the reform role of the Egyptian government, Egypt has received the largest funding from the World Bank in the last three years, $1.15bn in December, bringing Egypt’s total portfolio over the past three years to $6bn. “Egypt is keen to benefit from our loans in a smart way through the quality of projects submitted, feasibility studies, and returns from projects; so we gave money to Egypt and said no at the same time to countries that needed it more,” he stressed.

Hassan added that the friendly relationship between President Abdel Fattah Al-Sisi and the World Bank, and the close knowledge of Investment and International Cooperation Minister Sahar Nasr of the nature of how the bank works, being “the daughter of the institution,” has brought cooperation between the bank and the Egyptian government to the highest level.

In this context, Hassan explained that WB management is seeking to increase the bank’s capital. “If successful, we will succeed in providing the same amount of annual financing to Egypt, which represents the largest share of financing directed to the Middle East,” he added. The World Bank had provided $6bn to the Middle East over the past year.

Although Egypt has reached the maximum limit for borrowing from the fund, Hassan says the fund intends to continue lending to the Egyptian government. “But we will not be able to increase its share from last year, especially with Iraq and Yemen’s financing needs for reconstruction,” he pointed out.

Although Hassan praised the reforms in Egypt, he highlighted a number of other challenges and reforms needed to sustain growth and recovery such as fighting corruption and promoting social justice. “We are working with the Egyptian government on how to enhance social protection, provide social housing, and improve services, particularly in the areas of education and health,” he added.

“The investment in manpower, similar to that of Korea, China, and Chile, is the most important thing the government should work on in the coming period,” he said, calling on the Egyptian government to put in place a completely new system of education commensurate with the requirements of modern times, technological development, and the needs of labour markets. “Personally, I am in favour of blowing up the current educational system and not wasting resources in an attempt to reform it.”

Among the most important challenges, according to the WB, is creating 90m jobs between now and 2050. According to Hassan, this requires a review of population growth programmes, involving religious, cultural, and educational institutions in raising awareness of the need to regulate population growth so that the country can provide services. “Without China’s one-child policy, China would not have achieved this high level of service and improved the quality of life for its citizens. China only stopped this programme when it ensured having made the necessary leap in economic growth.”

Hassan said that the Egyptian government is in the process of determining the types of projects targeted by the WB in Egypt, but it is now preferable for both sides to finance projects with a social dimension. He pointed out that there is great cooperation between the bank and the government in developing the irrigation system in Egypt, raising farm productivity, and supporting the research capacity of agriculture faculties, as well as education and health.