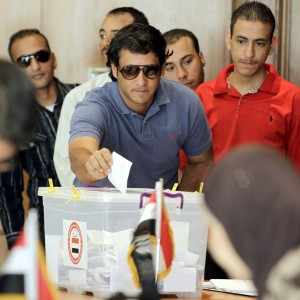 Egyptian expatriates around the world voted on Sunday at embassies and consulates in Egypt’s 2018 presidential election during the third and last day of voting abroad.

The election began abroad on Friday 16 March, taking place in 139 polling stations across 124 countries, at the headquarters of 123 Egyptian embassies and 16 consulates, and under the supervision of 714 Egyptian diplomats, according to the National Electoral Commission (NEC).

Results collected from electoral polling stations abroad will be sent back to Egypt after one week. Egyptians at home are due to vote between 26 and 28 March.

President Abdel Fattah Al-Sisi, represented on the candidates’ list by the star symbol, and leader of El-Ghad Party Moussa Mostafa Moussa, represented by the aeroplane symbol, are the two candidates on the ballot in the 2018 presidential election.

Spokesperson of the NEC Mahmoud El-Sherif said during a press conference on Saturday that the second day of voting was “good and satisfactory.” He added that that the voting process on the first day was not different from the second day, and that the NEC has not received any complaints regarding the electoral process.

El-Sherif said that some polling stations will continue operating into Monday local Egyptian time due to time zone differences, particularly in Los Angeles. He also said that the commission cannot yet indicate anything regarding the turnout. However, Egyptian communities in Arab Gulf countries continue to turn out heavily to vote, he pointed out.

The Central Agency for Public Mobilisation and Statistics (CAPMAS) announced that Egyptian expatriates reached 9.5 million, with the majority located in Arab and Arab Gulf countries, while NEC statistics mentioned that the total number of eligible voters in the national voter database is 59 million.