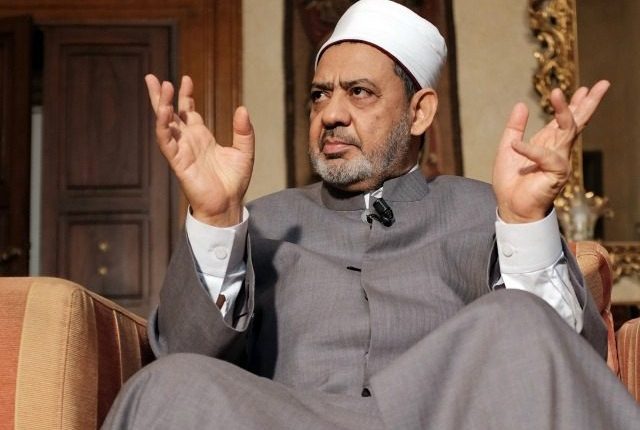 Grand Imam of Egypt’s Al-Azhar Ahmed El-Tayeb attended a poetry recital on Saturday evening organised by Mauritanian poets to celebrate his first visit to Mauritania, described by senior figures as a historical visit.

El-Tayeb arrived on Saturday at the Mauritanian capital of Nouakchott for the first visit of its kind, based on an invitation to participate with Mauritanian clerics in opening dialogue on violence and extremism.

During the event, which was hosted by the Palais des Congrès in Nouakchott, Mauritanian poets stressed the important role of Al-Azhar, saying that it is a powerful weapon in the fight against terrorism and extremism.

Moreover, El-Tayeb is scheduled to meet with top government officials in Mauritania, including the head of state and the prime minister, and is also expected to sign memoranda of understanding between Al-Azhar University and scientific institutions in the Muslim-majority west African country.

A delegation of leaders from Al-Azhar—the highest seat of Sunni Islamic learning—accompanied the grand imam during the tour.