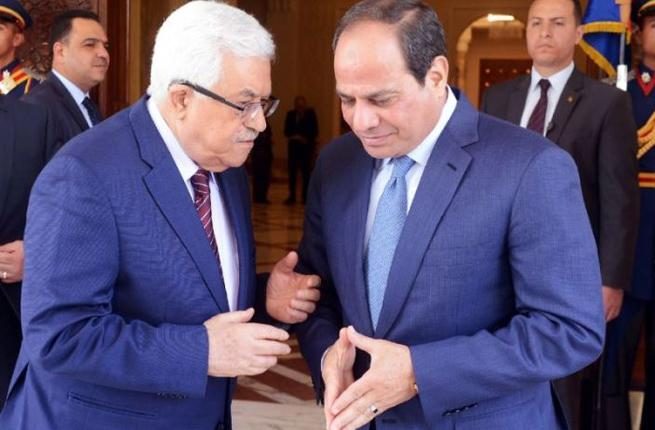 President Abdel Fattah Al-Sisi discussed with his Palestinian counterpart Mahmoud Abbas the latest updates of the Palestinian issue during a phone call on Monday, according to presidency spokesperson Bassam Rady.

In their discussion, the leaders asserted the importance of efforts that should be made to reconcile rival Palestinian factions, and to work to contain any differences that would hinder these efforts, in order to achieve unity among, and the interests of, the “brotherly Palestinian people.”

They also discussed the latest developments on a number of regional fronts, within the framework of regular coordination and consultation between the two presidents.

For his part, Abbas expressed his sincere appreciation for Egypt’s historic and steadfast efforts in supporting the Palestinian cause, pointing to the depth and specificity of Egyptian-Palestinian relations and the broad ties between the two peoples. The two presidents agreed to continue consultations and coordination on various issues of common concern, according to the statement.

Abbas had visited Cairo in January on a two-day visit to participate in Al-Azhar International Conference in Support of Jerusalem that was sponsored by the presidency and gave a speech before the representatives of 86 countries.