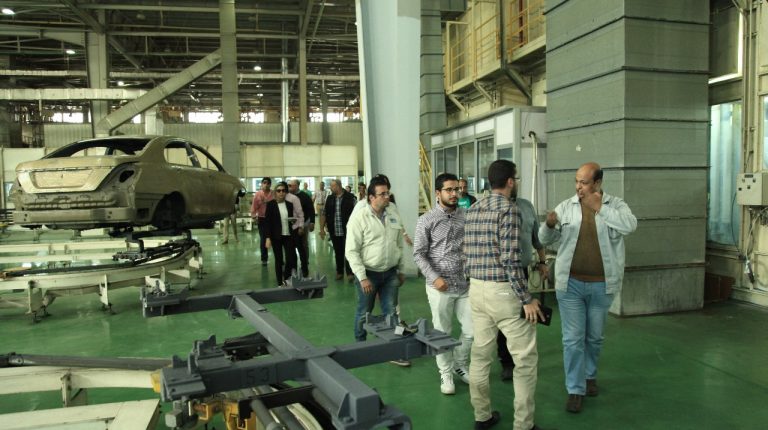 Ghabbour Auto (GB Auto) made a breakthrough in the car assembling field over the last 25 years. The company assembles different types of vehicles, including commercial and regular trucks, and other special-use vehicles.

Daily News Egypt visited GB Auto’s Prima facility in ​​Abu Rawash. The factory is specialised in assembling private vehicles, and currently produces three models, including the Hyundai Verna, Hyundai Elantra HD, and Geely Emgrand 7. It also manufactures some car parts for other GB Auto factories, such as paints and structures for minibuses and trucks.

We first met Emile Amin, head of the industrial planning sector, who delivered a presentation about the activities and history of the Prima plant, explaining that the production capacity of the factory reaches 50,000 units per year.

He added that Prima has produced about 350,000 cars since the start of production in 1994 through the end of February 2018, nearly a quarter century.

The factory has also assembled the Hyundai Elantra HD since 2016, with a total production of 9,000 cars. It is the factory’s main product this year.
During the visit, the DNE team found that the factory applies strict quality standards to ensure the production of a vehicle capable of surpassing the local market.

The production process includes several workshops, notably the assembly line, as the car structures enter special cranes for each model, which prepare the car parts for the welding stage, and then assemble all the moving components of the car, in preparation for painting.

In the painting workshop, only robots apply the paint to ensure providing the most accurate international specifications at the highest quality and to prevent the leakage of liquids.

Then, the car structures enter the assembly line again, where the mechanical, electrical and cabin parts are added before completing the testing process.

At the testing workshop, cars undergo rigorous testing to examine quality and technical capability, such as engine performance, vehicle balance, and acceleration, all through new technologies.