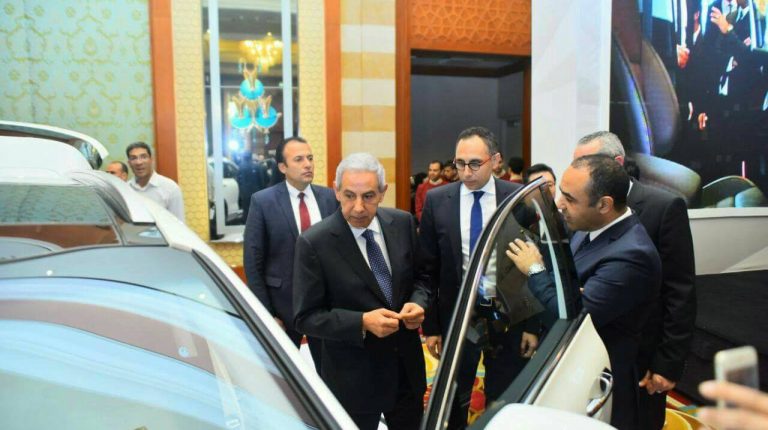 Egyptian International Trading and Agencies (EIT), the sole distributor of KIA motors in Egypt, surprised the local car market last Monday when it signed an agreement to assemble the first Kia car in Egypt, the Sorento model, in the presence of Minister of Trade and Industry Tarek Kabil and the South Korean ambassador to Cairo.

This move marks a new shift in the sport utility vehicle, known as SUV, market, especially as Kia has a large annual market share in this segment of cars.

Khaled Nosseir, chairperson of Alkan CIT, which owns EIT, said that his company always aims to achieve added value in the Egyptian economy and relies on industrial expansion, such as spinning and weaving, and soft drinks.

“The assembling of Kia and Renault brands in Egypt has been among the company’s biggest priorities over the past period, but the previous economic conditions had prevented this step,” he said. “However, the current state support for industry contributed to reaching this moment.”

Nosseir pointed out that the new contract was based on the company’s policy to offer a suitable product at a competitive price and provide outstanding aftersales services, which is a top priority for the company. Despite the economic challenges, the company met, as much as possible, the needs of the market, he added.

EIT’s investments in the assembly project during its first year amounted to EGP 262m, while the total expected investment to be injected in the project is EGP 4.24bn over five years.

The project will provide 1,000 jobs, in addition to another 4,800 jobs in more than 14 local factories which will participate in the assembly process.

Nosseir said that the deal to assemble Kia Sorento came in line with the company’s strategy to add a new product this year, with plans to assemble three new models over the next three years.

The company now has an exclusive right to assemble KIA models in the Middle East region, according to Nosseir. “The locally-assembled Kia Sorento will be the same as the new global style,” he added.

“The last quarter of 2018 will see the release of the locally-assembled Kia Sorento,” said Ahmed Al-Khadem, general manager of the Kia sector of EIT, revealing that the company is considering assembling many other models locally.

Al-Khadam said the new Sorento will come in two classes, with 2400cc and 3600cc engines, adding that it is difficult to determine the price of the car at this time.

Kabil witnessed the signing of the assembly contract of the first Kia vehicle in Egypt between EIT and Kia Motors.

He said that current investments in the automotive industry reached about $3bn, of which $1.6bn is in the car industry and $1.4bn in feeder industries, with about 86,000 workers.

South Korea’s Ambassador Yoon Yeo Cheol said that the signing of the Kia Sorento assembly agreement will lead to further cooperation between the two countries, especially as Kia Motors is one of the largest economic entities in South Korea.

Kia Sorento’s local components are set to be at 45% and will be increased to 48%.