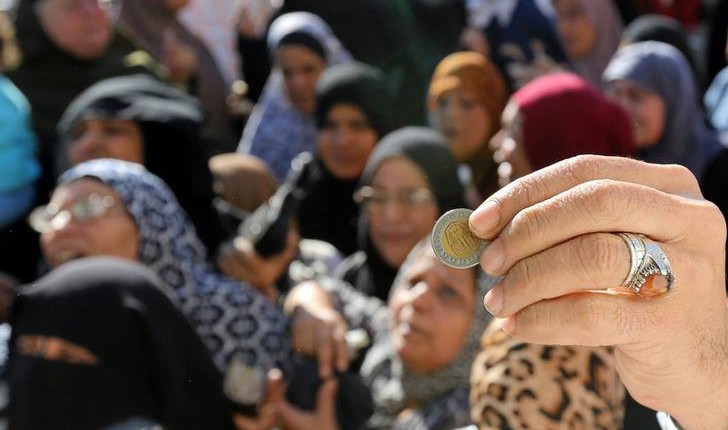 The cabinet’s think tank, the Information and Decision Support Centre (IDSC), denied the validity of reports on several websites and social network news pages that the government intends to withdraw ration cards from citizens whose income reaches EGP 2,500 or more.

The IDSC explained, in a report clarifying the facts issued on Tuesday, that it had contacted the Ministry of Supply and Internal Trade, which completely denied the news, stressing that ration cards are an acquired right. The report added that the state is seeking to distribute subsidies fairly to citizens.

On the other hand, the ministry announced that nearly 450,000 ration cards have been produced in place of lost or damaged ones, as well as new cards issued under specified conditions, within the first two months since the implementation of the new service for the issuance of cards through mobile phones.

In July 2017, individual subsidies on ration cards increased by 138% from EGP 21 to EGP 50, after increasing the value of subsidies in the state general budget from EGP 45bn to EGP 85bn. The move came to cope with the soaring inflation following the currency devaluation and the energy subsidy cuts.

The International Monetary Fund (IMF) has advised the authorities, since the start of Egypt’s economic reform programme, to protect its lower-income families through expanding social protection programmes and increasing the efficiency of social assistance by reducing price subsidies and expanding better-targeted cash transfer programmes such as Takaful and Karama to free up resources for those who need them most.

VAR to be used at the World Cup, FIFA confirms