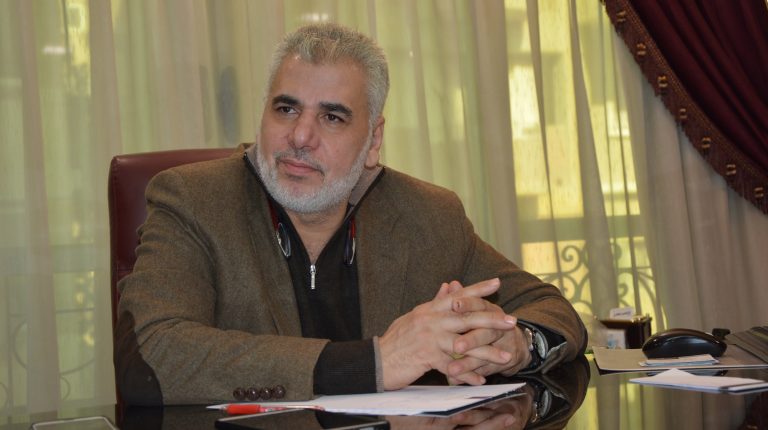 The prices of Umrah programmes will increase by at least 30–50% in the first phase of the upcoming pilgrimage season, according to Basel El-Sisi, former trustee of the Egyptian Travel Agents Association. A programme that was worth EGP 8,000 last season will be worth EGP 13,000 this season, he said, and the prices will jump to EGP 21,000 and EGP 25,000 in Ramadan. The prices of VIP Umrah programmes are expected to reach EGP 75,000 to EGP 100,000 per pilgrim.

He expects the number of Umrah pilgrims to reach 400,000 during the upcoming season.

El-Sisi added, during an interview with Daily News Egypt, that the obstacles facing the Umrah season have already started to show, from the government setting the number of pilgrims 500,000 to the logistics of transporting the pilgrims and obtaining their retinal scans through the company Tasaheel.

What are your expectations for the upcoming Umrah season?

The prices of Umrah programmes will increase by at least 30-50% during the first phase. A programme that cost EGP 8,000 last season will reach about EGP 13,000 this season.

The Ministry of Tourism has determined the number of Umrah pilgrims to be 500,000. The season will be divided into two parts, the first extending until the end of Shaaban, which targets about 400,000 pilgrims. The second starts from early Ramadan and targets 100,00 pilgrims.

How do you see the obstacles of the upcoming Umrah season?

The main obstacle is the company that manages the procedures of retinal scanning. If 15 people applied to obtain the scans, this would require 25 days to finish the process, which is a long period that obliges tourism companies to gather the final count of pilgrims at once and submit their applications at the same time to save time.

This obstacle will result in reducing the number of Umrah pilgrims during the first phase to become less than 300,000, while the targeted number is 400,000. The issue of retinal scans was not considered by tourism companies.

The difficulty of the current period due to the retinal scanning process will lead to an increase in prices, which will eventually have a negative impact on pilgrims. Additionally, there are the fees determined by Saudi Arabia, which are worth SAR 2,000.

Tasaheel increased the cost of the retinal scanning during the past two days per person from EGP 95 to EGP 150 without justification nor oversight by the concerned authorities.

Is the Ministry of Tourism aware of this increase in the retinal scan fees?

This increased happened suddenly. The Ministry of Tourism does not really play a supervisory role over Tasaheel. The concerned parties in this case would be both the Ministries of Foreign Affairs and Interior. In the end, the government is fully responsible for this issue.

I wonder why the process of obtaining the retinal scans is not the responsibility of the Ministry of Interior instead of Tasaheel. It can be carried out only once, and information would be saved about each pilgrim for further use.

The government is not fully able to handle this issue.

Has the tourism sector taken part in determining the number of pilgrims with the government?

The determined number by the government is 500,000. Tourism companies have offered to postpone the upcoming season if it is in the best interest of the state.

There is an increase in the cost of services in Saudi Arabia as well as value added tax and imposed fees. The EGP 8,000 programme will be EGP 13,000 in the upcoming season. Additionally, flight prices will increase by 75%.

How do you see the impact of the low number of pilgrims on the revenues of tourism companies?

The decline in the number of pilgrims will have a negative impact on the companies, which, in turn, will have to reduce their employment. The jobs of about 125,000 employees are threatened.

Companies that do not have the ability to provide salaries for a year will have a major crisis, as a large percentage of these companies did not expect the situation to be this bad.

The fees imposed on Umrah pilgrims will force a large number of people to resort to a visit visa, which will be equal in expenses but will allow a higher number of visits. The prices of their flights are also much lower.

I would also like to point out that the process of gathering Egyptian pilgrims and the crowding that happens at the airport is the result of Egyptians’ culture and desire to travel in large groups and return at the same time. There is no proper infrastructure for this kind of crowding.

When 300,000 Egyptians travel during the 45-day period before Ramadan, the prices of accommodation at hotels will increase, and this is something that the pilgrims themselves will have to bear.

Do you think that tourism companies will market Umrah trips during the upcoming season?

The limited timeframe will make the idea of marketing a bit difficult because marketing requires sufficient time, and companies were surprised with the start of the season. As a result, the idea of practical marketing is absent.

Tourism companies must begin preparing for the following season and must carry out necessary studies as well as prepare solutions to problems.

There are over 2,000 tourism companies working in Hajj and Umrah programmes. Do you think the market really needs all these companies?

The past period has seen many companies entering the sector of religious tourism which created a lot more supply than needed. We have about 2,500 companies working in Hajj and Umrah programmes, which came at the expense of foreign tourism in light of the decline in inbound tourists over the past seven years.

The short-term solution for this issue is making quick decisions that address the informal entities working in the field. As for the long-term strategy, it requires making changes to the legislative structure of the entire tourism sector.

Moreover, there must be a community discussion about a unified tourism law, and the time of its issuance must be made clear, all of which requires quick procedures to control the market.