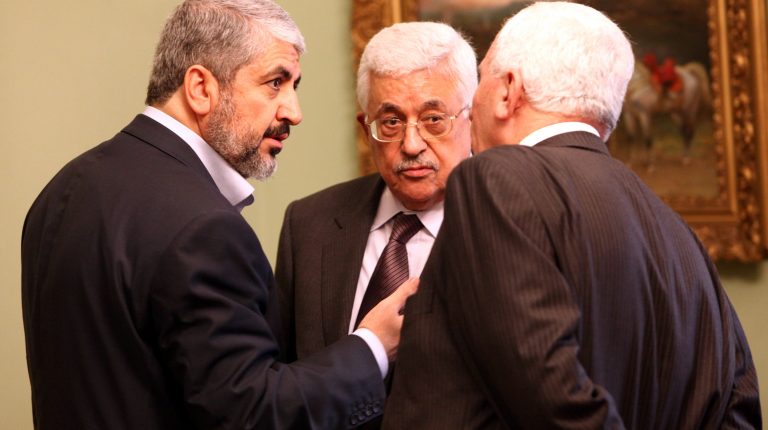 On 12 October, the two warring Palestinian organisations, Fatah and Hamas, signed an agreement, under the auspices of the Egyptian Intelligence Service, to carry out a major national reconciliation. According to this agreement, Hamas was supposed to hand over local governance in the Gaza Strip to the Palestinian government headed by Rami Hamdallah.

The Cairo gathering between the representatives of the two factions had raised high hopes among the Palestinians that, at long last, Palestinian leaders in the Palestinian Authority and in Hamas had finally come to realise that the time had come to achieve this national reconciliation, in the midst of radical geopolitical shifts and changes in the Middle Eastern landscape.

Egypt has stood to gain, from a strategic perspective, from the success of these reconciliation efforts. The deteriorating humanitarian situation in Gaza, plus the sanctions that Palestinian Authority President Mahmoud Abbas (Abou Mazen) had imposed last year on the Hamas government, have contributed to more deterioration in basic services for the people of Gaza. On the other hand, a government of national accord, governing both the West Bank and the Gaza Strip, in the context of the Oslo Accords, would help Egypt, tremendously, in its war on terrorism in the northeast of the Sinai Peninsula. In the meantime, Cairo has always warned that the perpetuation of the artificial separation of Gaza from the West Bank, and the consequent perpetuation of the political divisions between the Palestinian Authority and Hamas, would render any attempts to resume peace negotiations between the Palestinians and the Israelis difficult, if not impossible. All the more so, while the Trump administration has been signalling that it would come up with a set of peace proposals, dubbed by some senior American officials, as the “deal of the century,” the Egyptian line of thought has been that the Palestinians should seal their national reconciliation to be in a much stronger position the moment the Americans put their peace proposals, officially, on the table.

Last month, an Egyptian delegation travelled to Gaza to help the Palestinians overcome their differences and solve some problems in the implementation of their reconciliation agreement. In the meantime, a Hamas delegation, headed by Ismail Haniyeh, came to Cairo for the same purpose.

All these efforts almost came to naught. On Tuesday 13 March, the Palestinian prime minister, Rami Hamdallah, had just crossed the Israeli crossing of Eretz to inaugurate a water treatment plant that would serve 400,000 Palestinians, when a bomb exploded, in an apparent assassination attempt. A second bomb, a few metres away, failed to detonate, seemingly because of a technical failure on the part of the assassins. So far, no one has claimed responsibility, and it is not certain that someone will. In such cases, the immediate questions revolve around who was behind such an attempt? Who stands to gain? Another question has been whether it was truly an assassination plot, that had gone awry, or was it intended as a message? If it is the latter, then, who is the addressee and who is the addressing party?

Pending the final results of an official investigation that hasn’t seriously begun, it is extremely difficult to designate, without a shadow of a doubt, who was behind the plot to assassinate the Palestinian prime minister. Or whether the whole thing was a message to the leaders of the Palestinian Authority and Hamas, put together, that “we could get at you,” despite the security control that Hamas has in the Gaza Strip, and the aim is to wrest control of Gaza from Hamas and the Palestinian Authority, to turn it into a “jihadi” enclave linking with terrorists operating in Sinai.

Majid Faraj, the Palestinian Authority intelligence chief, who was in Hamdallah’s motorcade when the bomb exploded, noted that Hamas continued to “bear responsibility for ensuring the safety of the land,” without directly blaming Hamas for the attempt on Hamdallah’s life.

Hamas spokesperson Fawzi Barhoum said the attempt aimed at striking “efforts to achieve unity and reconciliation.” Hamas issued a statement immediately after the bomb explosion in which it condemned the “crime of targeting the Palestinian Prime Minister Rami Hamdallah.”

The Palestinian prime minister vowed that the bomb explosion that targeted his motorcade “will never prevent us from getting rid of the bitter division.” He added, “in spite of the explosion today (13 March 2018), this won’t stop us carrying on with our mission to achieve unity and end the split.”

In Washington DC, Jason Greenblatt, the White House’s Middle East envoy, made a statement which said that the attack on Hamdallah “demonstrates that Hamas is profoundly unfit to govern Gaza.” Moreover, the United Nations special coordinator for the Middle East peace process, Nikolay Mladenov, stressed that Hamas is responsible for enabling the Palestinian government to work “without fear of intimidation, harassment, and violence.”

The war of succession is on within the Palestinian organisations, especially Fatah, with Arab countries and regional powers in the background, at a time of great uncertainty as to the future of the Palestinian question and the Middle East peace process, a process that has been moribund for several years.