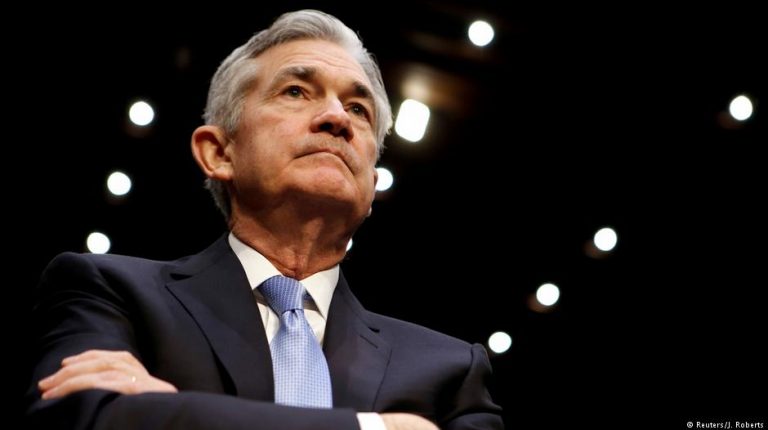 The US central bank has raised interest rates by a quarter-point at its first policy meeting under Chairman Jay Powell and signaled more hikes are coming in response to tax cuts and higher government spending.The Fed’s drive to stimulate the world’s largest economy in the wake of the 2007-2009 financial crisis and recession is drawing to a close.

On Wednesday, the US central bank again raised its benchmark overnight lending rate by another 25 basis points— the fifth rate hike since it ended its ultra-low interest rate policy in December 2016, and setting current rates to a range of 1.50 percent to 1.75 percent.

In a statement following a two-day meeting, the Fed’s rate-setting Federal Open Market Committee (FOMC) said the economic had strengthened in recent months.

“The Committee expects that, with further gradual adjustments in the stance of monetary policy, economic activity will expand at a moderate pace in the medium term and labor market conditions will remain strong,” the FOMC statement added.

So far, the Fed has been moving gradually to tighten monetary policy to prevent the world’s largest economy from overheating.

But a host of factors, including the massive tax cuts enacted by Congress, a weaker dollar and robust job creation, suggest that the Fed is likely to adopt a more hawkish policy stance.

The big change since then has been the arrival of a government tax cut plan to the tune of $1.5 trillion, plus a congressional deal to lift caps on federal discretionary spending for the next couple of years.

And indeed, the Fed now sees the median estimate for economic growth this year rising higher to 2.7 percent. The 2019 estimate rose to 2.4 percent from 2.1 percent in December.

As the additional stimulus is likely driving more Americans into an already tight labor market, inflation is also predicted to edge higher. According to the Fed’s forecasts, core inflation will rise to 2.1 percent next year, slightly above the Fed’s target of around two percent.

The revisions will have an effect on the Fed’s path of gradual normalization of monetary policy, including the number of envisaged interest rate hikes.

The US central bank projected late last year that it would lift rates three times in 2018, but some investors believe the fiscal stimulus and inflation pressures will push policymakers to add an additional increase to the mix.

In his first press conference as Fed chief, Jerome Powell said “there is no sense in the data that we are on the cusp of an acceleration of inflation.” There have been moderate increases in wages and price inflation, but the Fed is “very alert” to any increases that could result from the very low unemployment rate. “It’s not something we observe at the present,” Powell said.

Although the Fed has left its median prediction of three rate hikes in 2018 untouched, it increased its 2019 prediction to three, more than previously expected.

The midpoint of the Fed’s target range will now reach 3.4 percent by 2020, higher than the 3.1 percent announced previously. The Fed’s estimate of its target range over longer-run edged slightly higher to 2.9 percent.

The upward revision in their rate path suggests Fed officials are looking through soft first-quarter economic reports and expect a lift this year and next from tax cuts passed by Republicans in December.

Topics: US central bank US economy