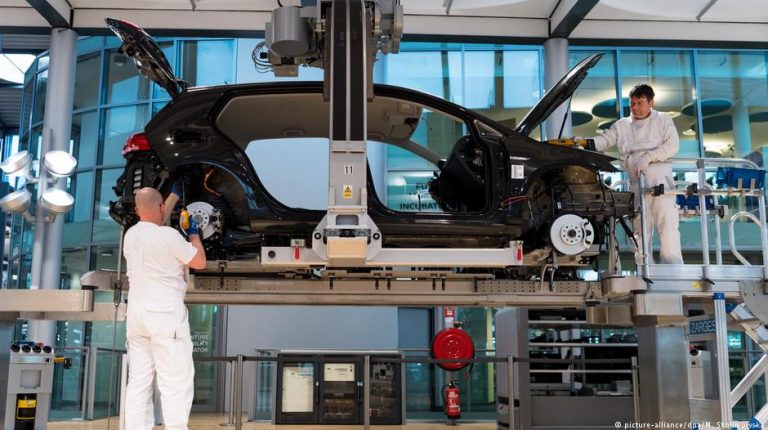 Germany’s economy will keep powering ahead this year, a group of economic advisers to the German government has said. The pundits appeared less optimistic for 2019 in light of increasing trade risks.The group of five experts advising the German government on economic matters presented an updated outlook Wednesday, largely expressing their confidence in Europe’s powerhouse.

The pundits expected 2018 growth to reach 2.7 percent, marking a slight uptick from their November estimate of 2.2 percent for the current year.

The experts penciled in a lower 1.8-percent growth for 2019, however, warning that “the positive economic prospects must not distract attention away from the mounting risks at hand.”

The panel explicitly mentioned the outcome of the recent elections in Italy, the uncertainties about the Brexit negotiations between London and Brussels as well as the expected impact of higher tariffs announced by the US administration.

“A spiral of protectionist measures would have considerable effects on the global and German economies,” the panel said.

In its updated outlook, the experts also called on the European Central Bank to speedily end its ultra-loose monetary policy, pointing to higher inflation and positive economic indicators in the eurozone.

The think tank said it expected the German economy to expand by 2.6 percent this year and 2.1 percent in 2019.

Ifo researchers noted the momentum for continued growth would not so much come from private consumption as in previous years, but would rather be based on increased state spending on infrastructure projects, with strong exports also forecast to play a major role.

The institute warned, though, that higher tariffs in transatlantic trade were likely to put a dampener on Germany’s export-oriented companies.