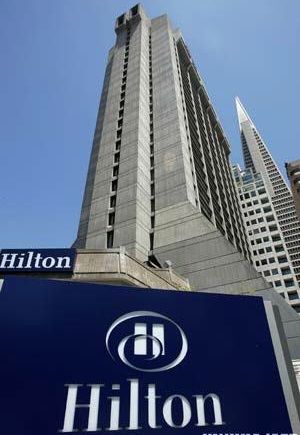 Hilton Worldwide plans to include 2,390 new rooms to its portfolio of the units it manages in Egypt through opening nine new hotels in the coming five years, with plans to expand in the Upper Egypt region and other governorates.

Hilton vice president of development for the Middle East, North Africa, and Turkey, Carlos Khneisser, said that the group has adopted the Egyptian market as an important part of its expansion plan, as it intends to open nine new hotels in addition to the 17 hotels and resorts it currently manages in Egypt. The new hotels will add 2,390 rooms in Cairo, Port Said, Ain Sokhna, and New Damietta.

Khneisser pointed out that the company is looking for new opportunities and aims to increase its presence in the Egyptian market and not to focus on major cities only, but rather, enter new governorates through its affiliated brands that serve different segments of guests.

The contract for managing the DoubleTree by Hilton Mangroovy in El Gouna is the latest Hilton contract in the Egyptian market.

Khneisser explained that Hilton hotels in Egypt operate under the Hilton and Conrad brands, adding that the company introduced new brands under its management, including DoubleTree, Hilton Garden Inn, and Waldorf Astoria.

Khneisser said the research conducted by market studies companies which cooperate with Hilton confirms the need of the governorates and cities of Upper Egypt for hotel services, but they require lower star levels that fit the needs of guests in those areas. He noted that if Hilton receives offers to manage hotels, it will conduct its own studies that rely on specific criteria, including the location and surrounding sites.

The company signed two hotel deals, one in New Damietta with Saudi Egyptian Company for Reconstruction and the other in Port Said governorate with Tower Developments.

He pointed out that the state has focused its attention on the New Administrative Capital and New Alamein through its plan to transfer administrative services to the new cities, especially universities and business communities, which would in turn create a large demand for hotels.

He noted that the company achieved its target for the current year with the opening of Hilton Cairo Heliopolis. He said the first project to be opened next year will be Hilton Maadi, which is owned by the Saudi Egyptian Company for Reconstruction and features 715 rooms.

Hilton Cairo Heliopolis, which includes 593 rooms, opened to guests last month, along with Heliopolis Towers Hotel, which houses 247 luxury rooms, planned to be under the Waldorf Astoria brand.

Khneisser said that occupancy rates are rising annually, in general, in hotels in Egypt by 11-13%, which he described as a good rate, with expectations for it to rise in the coming years.

He explained that the company prefers to participate in the design of hotels from the beginning for them to be compliant with their requirements according to each brand, but also contract on existing hotels if they are subject to adjustment to comply with their needs, as happened with the Hilton Cairo Heliopolis.

Moreover, he stressed that the company has not broken any of its contracts since the start of its activity in the Egyptian market 50 years ago, but some contracts expired and were not renewed, due to owners not complying with Hilton’s terms and redevelopment goals in line with the company’s requirements to ensure the required service is provided.

He pointed to the decline due to the challenges faced by the Egyptian market in recent years and that the company maintained its presence in Egypt post-2011, which highlights its strength.

He stressed that the market is turning to stability, especially with the return of tourism from several countries, which raises expectations of rising occupancy rates. He noted that the last four contracts that the company signed in the Middle East were for Egypt.

Hilton is one of the world’s leading hospitality companies, with over 5,200 hotels and 856,000 rooms in 105 countries and regions.