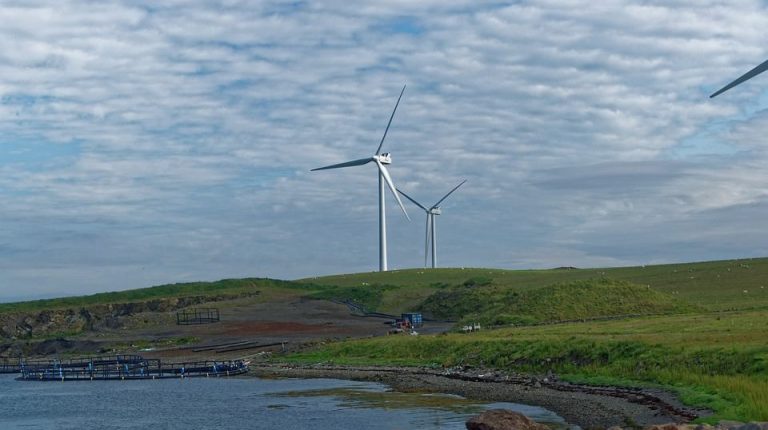 The ongoing rise in temperatures continues to alarm the world, particularly countries that are at high risk due to the change, spurring them to take action. These countries, including Egypt, have to work on ways of staying below 1.5 degrees Celsius of warming to decrease the danger and impacts of climate change. Also, one of the goals of the Paris Agreement is to limit warming this century to 1.5 degrees Celsius.

Egypt is a typical example of a developing country which is highly vulnerable to the phenomenon which poses numerous threats to its economic, social, and environmental sustainability, according to a study by the World Resources Institute. That puts the Egyptian authorities under pressure to take measures to combat climate change and take part in the international efforts to limit temperature rises by 2100 to less than 1.5 degrees Celsius, in accordance with the Paris Agreement.

According to the latest report of the World Meteorological Organisation (WMO), the years 2015, 2016, and 2017 have been confirmed as the three warmest years on record. 2016 still holds the global record, whilst 2017 was the warmest year without an El Niño, a warm climatic phase which can boost global annual temperatures.

“The long-term temperature trend is far more important than the ranking of individual years, and that trend is an upward one,” said WMO Secretary General Petteri Taalas. “Seventeen of the 18 warmest years on record have all been during this century, and the degree of warming during the past three years has been exceptional. Arctic warmth has been especially pronounced and this will have profound and long-lasting repercussions on sea levels, and on weather patterns in other parts of the world.”

In a recent study published in the Earth System Dynamics journal, a team of researchers from Germany, Switzerland, Austria, and the Netherlands identified a number of hotspots around the globe where projected climate impacts due to a 2-degree Celsius rise are significantly more severe than a 1.5-degree Celsius one.

One of these hotspots is the Mediterranean region, including Egypt, which is already suffering from climate change-induced drying. With a global temperature increase of 1.5 degrees Celsius, the availability of freshwater in the region would be about 10% lower than in the late 20th century. In a 2 degrees Celsius world, the researchers project this reduction to double to about 20%.

Speaking to Daily News Egypt, professor Ken Caldeira of the Carnegie Institution for Science said, “I do not think it is useful to think in terms of necessity, but rather of what would be good to do.”

Caldeira added that in many areas of the tropics, it is already very hot, and it is difficult to work outside. “The heat is not only decreasing human productivity but also crop productivity,” he said. Further, rising sea levels caused by the melting of the world’s great ice sheets will ultimately flood all of our coastal cities, he added.

He further explained that nobody can say for sure what the damage will be at 1.5 degrees Celsius warming or 2 degrees Celsius warming. It is clear that more change, and faster change, is bad for humans who have already adapted to the relatively stable climate conditions that have persisted over the past 10,000 years.

Ghanem suggests that chemical fertilisers should be replaced by organic ones, as well as preventing the accumulation of wastes that cause methane emissions.

He further explained that organic fertilisers serve as something of a sponge, retaining CO2 in soil and preventing its emission into the atmosphere. Ghanem also called for more urban green spaces and green belts around cities and reducing our reliance on fossil fuels, replacing them with renewable energy sources.

According to a recent paper published in the journal Nature Climate Change, all of the successful scenarios for limiting global warming include a rapid shift away from fossil fuel use towards low-carbon energy sources, lowered energy use, and the removal of CO2 from the atmosphere. Strong social and economic inequalities, a focus on continued high fossil fuel use, and poor short-term climate policies emerged as key barriers to achieving the 1.5 degrees Celsius goal.

One of the most effective natural solutions for reaching the goal are urban green spaces that help in controlling floods and storing carbon, according to a recent study published in the journal Ecosystem Applications. Findings of the study indicate that urban green spaces play a significant role in providing some ecosystem services. Public parks and people’s yards store substantially more carbon in their soils than urban forests or grasslands.

The paper points out that urban forests and grasslands had a big impact on flood control, allowing water to infiltrate into the soil instead of simply running off into streets or storm sewers.

In this regard, Egypt started planting several man-made forests across different areas and governorates of the country, using about 6bn sqm of sewage water over 1m feddans in Luxor, Beni Suef, Qena, and Daqahlia governorates.