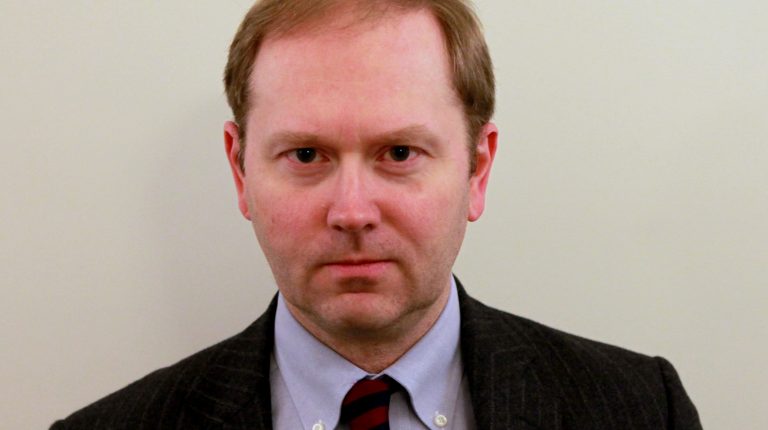 The United States is actively working with Egypt to enhance trade relations between them and expand their bilateral trade flow, said Minister Counsellor for Economic Affairs at the US Embassy in Cairo James Boughner. He added, in response to emailed questions from Daily News Egypt, that the US is deliberating “with the Egyptian government to facilitate US exports, including by recognising international standards on food products and automobiles, and eliminating extra tariffs on consumer products that increase the costs of some US products for Egyptian consumers.” Below is a lightly edited transcript of his remarks.


What measures can be taken to increase trade between the United States and Egypt?

The US-Egypt Trade and Investment Framework Agreement (TIFA) forum meets periodically to discuss issues impacting the two countries; the last meeting took place in Cairo in December, with meetings between senior representatives of the Egyptian Ministry of Trade and the Office of the US Trade Representative. A follow up meeting is planned for the near future. The goal of these talks is to eliminate barriers to increased bilateral trade.
There are also a number of areas where we are now working with the Egyptian government to facilitate US exports, including by recognising international standards on food products and automobiles, and eliminating extra tariffs on consumer products that increase the costs of some US products for Egyptian consumers.
Over $700m per year in Egyptian goods are able to enter the United States market duty-free under the Qualifying Industrial Zones (QIZ) programme.

What is the expected growth rate of trade between Egypt and the US in 2018?
Two-way trade between the US and Egypt reached $5.6bn in 2017. This is a 13% increase over 2016. The textiles and petroleum sectors are the largest sources of Egyptian exports to the United States. Given the efforts that the Egyptian government has made to improve economic conditions, and the strong interest from US companies in doing business in Egypt, we are optimistic that the growth will continue and even accelerate.

A tour of a group of Egyptian companies, the door-knock mission to the United States, just concluded. Will Egypt have similar visits from American companies to invest in Egypt?
We are looking forward to welcoming a major business delegation from the United States later in the year.
The US Embassy in Cairo also regularly hosts visits by US companies that come to look for opportunities in Egypt.

What are the most important incentives that the Egyptian government should provide to American companies for investment?
US companies typically look at a range of parameters. A stable regulatory environment, for example, is important to businesses wanting to invest for the long-term. Simplifying procedures for exporters is another important element.  Many investors looking at Egypt see the potential for the country to serve as an export hub. That is good for the investors and good for Egypt.

When will the second TIFA meeting between the two countries take place and when will the agreement be activated?
We are planning to hold the next round of TIFA talks soon. The Trade and Investment Framework Agreement has been in place for several years; it is essentially an agreement to meet regularly to discuss and resolve trade issues.

What are the industries that have the possibility of joining the free zones agreement known as the QIZ to achieve maximum benefit from the agreement?
We have a great tool in the Qualifying Industrial Zone (QIZ) programme. It is a terrific opportunity for Egypt and we hope to see more activity in it over the coming years. It offers duty-free treatment for all exports to the US, across all sectors, for qualifying participants, who incorporate a certain amount of inputs or raw materials from Israel in the product being exported.
There is no limitation on sectors that can be included in the QIZ. All sectors are eligible. The current companies utilising the QIZ benefits are textile manufacturers and food processing plants, but other industries are encouraged to take advantage of the opportunity. We see potential in ICT products, footwear, and higher-end textile products.

What is the impact of the economic reforms undertaken by the Egyptian government on the climate of foreign investment in general and on American companies in particular?
As the economy continues to strengthen and financial conditions improve under the reforms currently being implemented, including new laws governing investment, industrial licensing, bankruptcy, capital markets, and other measures, we expect to see continued increases in foreign investment in the stock market and in foreign direct investment. We also expect that more foreign companies will consider making investments in Egypt, including expanding existing operations, mergers and acquisitions, and in greenfield investments.

How do you see the Suez Canal development project and do US companies want to invest in that region? What kind of investments or projects can US companies operate in?
The Suez Canal Special Economic Zone represents a real opportunity for foreign companies that want to take advantage of a favourable regulatory environment and Egypt’s free trade agreements to manufacture goods for export to Africa and the Middle East.

Topics: James Boughner Minister Counsellor for Economic Affairs at the US Embassy in Cairo trade US