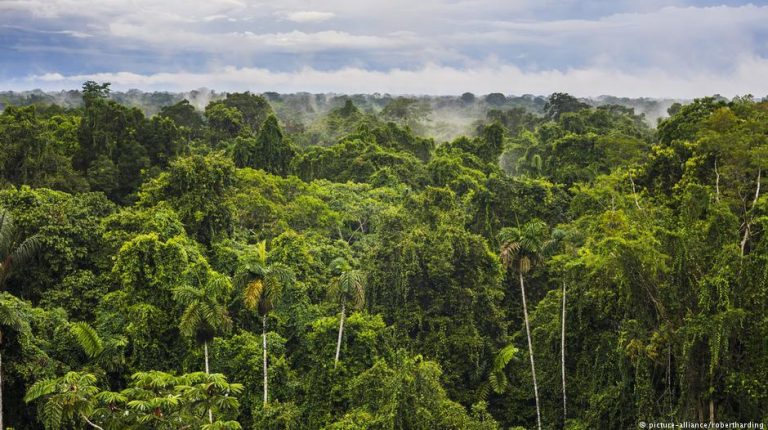 Five new reports unveiled at a UN biodiversity summit in Colombia are sounding the alarm over the rapidly deteriorating state of biodiversity on our planet. But they also provide the tools to fight back.Delegates at a major international summit on biodiversity in Medellín, Colombia have been rattled after being presented with stark new evidence about the state of the world’s biodiversity.

The 750 delegates from 115 countries are meeting for the sixth plenary of the Intergovernmental Science-Policy Platform on Biodiversity and Ecosystem Services, often called the “IPCC for biodiversity.”

The platform was tasked by the United Nations in 2012 to provide the best-available evidence to inform better policy decisions on how to protect nature in the face of growing pressure on the planet.

The five reports, which were prepared over three years by 550 international experts, give regional assessments of biodiversity in Africa, the Americas, Asia Pacific, Europe and Central Asia. A fifth report assesses the state of land degradation globally.

The reports conclude that in the Americas, species are about 31 percent smaller than was the case at the time of European settlement. With the growing effects of climate change added to the other drivers, this loss is projected to reach 40 percent by 2050.

In Africa, 500,000 square km of land is already estimated to have been degraded by overexploitation of natural resources, erosion, salinization and pollution. In the European Union, only 7 percent of marine species and 9 percent of marine habitat types show a ‘favourable conservation status’. 66 percent of habitat types’ assessments show an ‘unfavourable conservation status’, with the others categorised as ‘unknown’.

The reports found a significant lack of progress on various UN biodiversity plans, including the Strategic Plan for Biodiversity 2011-2020 and its biodiversity targets, which were agreed by parties to the UN Convention on Biodiversity at their meeting in Aichi, Japan in 2010.

A tool for action

But in addition to showcasing the alarming state of affairs, the reports also give new hope for combating the problem. They contain specific recommendations for how policymakers can halt or reverse biodiversity degradation in different geographies.

“Taken together, these five peer-reviewed assessment reports represent the single most important expert contribution to our global understanding of biodiversity and ecosystem services of the past decade,” said Robert Watson, the summit’s chair. “The assessments will provide unprecedented insights into the status of global biodiversity and land quality, both of which are essential to quality of life and healthy, productive ecosystems.”

The need for action has never been greater. Between 1970 and 2012, global vertebrate stock declined by more than half. The annual decline is currently at two percent. At the same time, humanity consumes 60 percent more resources each year than Earth can provide. The result is that we are destroying vital ecosystems.

The effects of climate change are going to make the problem worse, unless policymakers do something. But Anne Larigauderie, executive secretary of IPBES, believes the new information gives momentum for action.
“There is a rising awareness of the need for nature and the environment to be at the heart of all development planning, and IPBES is proud to be able to offer decision makers around the world evidence they need for better policies and more effective action for the sustainable future we want,” she said.