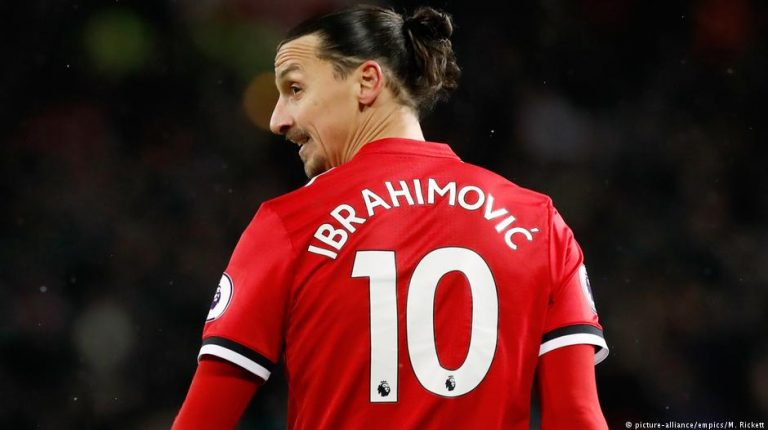 Former Sweden international Zlatan Ibrahimovic has confirmed that he is moving to the United States to finish his career. The news comes after he came to an agreement to sever ties with Manchester United.A full-page ad published in Friday’s edition of the Los Angeles Times read simply: “Dear Los Angeles, You’re welcome,” and was signed Zlatan Ibrahimovic.

“After being in Europe, winning 33 trophies, playing in the best teams in the world, playing with the best players in the world, I wanted to come to the U.S. and play my game there,” Ibrahimovic said in an interview in the same newspaper. “I wanted people to enjoy my game there and to win. And I chose the Galaxy to do that.”

There was no official confirmation of the signing from the Major League Soccer team, however Dan Beckerman, the president of entertainment giant AEG, which operates the Galaxy, told the paper that he expected a lot of the former Swedish international.

“He’s made it clear he’s coming here to win championships. It’s not about the money,” Beckerman said. “L.A. is a place for stars, and he’s going to be one of the brightest stars that’s ever played in this market. In any sport.”

Unconfirmed reports suggest that Ibrahimovic is taking a huge pay cut in order to make the move, as he said to have signed a contract paying $3 million (€2.4 million) over two years.

It was only on Thursday that his former club, Manchester United, confirmed that it had agreed to terminate the 36-year-old’s contract.

“Everyone at the club would like to thank Zlatan for his contribution to the team since his arrival and wishes him well for the future,” a statement on the club’s website said.

He scored 28 goals in all competitions in his first season in the Premier League as United won both the League Cup and the Europa League. But Ibrahimovic missed the Europa League final in Stockholm after sustaining a serious knee injury in April in the quarterfinal against Belgian side Anderlecht.

Despite the injury United signed him for another year at the end of the season and he returned to competitive action in November. His last appearance for the club came on Boxing Day, before injury struck again.

Ibrahimovic began his career with his hometown team, Malmo in 1999, before moving on to stints at Ajax, Juventus, Inter Milan, Barcelona, AC Milan, Paris St Germain and United. He also scored 62 goals in 116 appearances for Sweden.