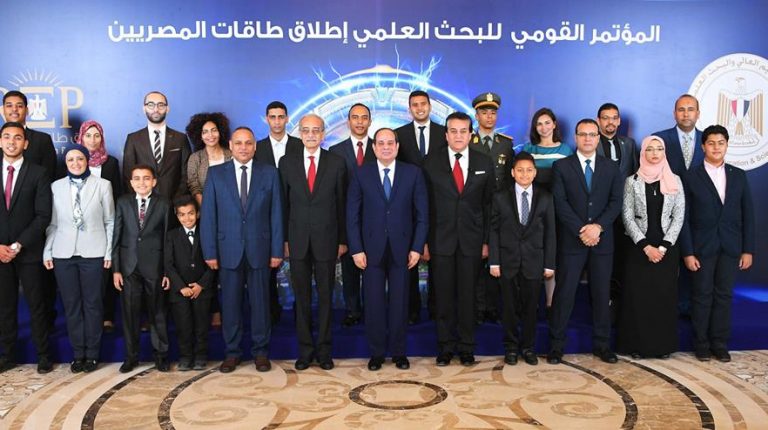 Egyptian President Abdel Fattah Al-Sisi said on Saturday that the government has assisted scientific research and related projects with nearly EGP 3bn, insisting that the state is working to support young researchers to facilitate all difficulties facing them.

This came as Al-Sisi attended the National Conference for Scientific Research, along with Prime Minister Sherif Ismail and other ministers, as well as Egyptian scientists, researches, and innovators. During the conference, organised by the Ministry of Higher Education and Scientific Research, Al-Sisi hailed young researchers, saying all people now “live in an era of science and technological challenges.”

He welcomed the attendees, expressing his pleasure at meeting “young Egyptian scientists, both women and men, at this event.” He further said, “Egypt is facing challenges due to international, regional, and internal situations such as terrorism, political instability following 2011, or even economic conditions,” insisting that the government “seeks to steady the Egyptian state and its institutions to regain stability, without which we won’t be able to tackle our issues.”

He went on to say that the government did not “resort to [temporary solutions] that create more harm than benefits. We didn’t promote illusions or false hopes. But we told the Egyptians the facts as they are.”

What if billionaires could live forever?