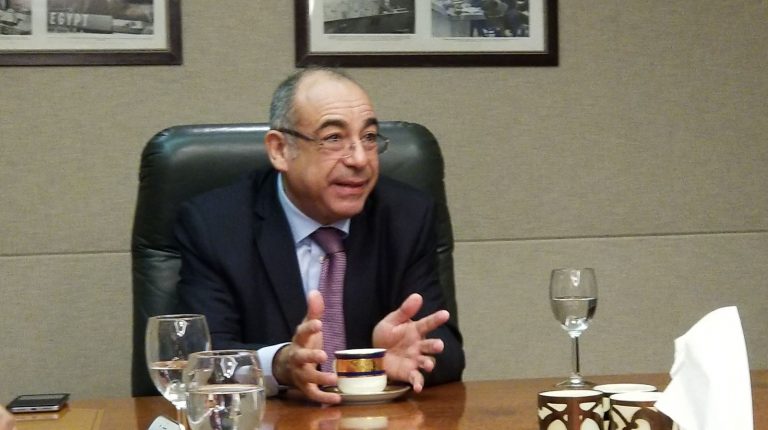 Egypt’s Permanent Representative to the United Nations Mohamed Idris said that the international body supports Egypt’s efforts in combating terrorism. During an interview with an Egyptian journalist delegation in New York, Idris said that UN Under-Secretary-General for Political Affairs Jeffrey Feltman visited Egypt to discuss the issue of terrorism and came out with positive impressions about Egypt’s plan to combat the phenomenon.

He noted that an international conference will be held in June between the heads of terrorism-concerned agencies to develop a global strategy to combat it.

“The phenomenon of terrorism has become transboundary and cannot be faced without coordination and cooperation among all countries,” Idris stressed, noting that facing terrorism is not free from politicisation, as each party deals with the issue according to their own interests.

The meeting will be attended by all member states of the UN General Assembly to discuss how to deal with the phenomenon more effectively, study new forms of terrorism, and high-risk areas, such as the African Sahel region, as well as harmonise control plans from practical, informational, and operational perspectives.

He said the UN Counter-Terrorism Centre, which was set up by Saudi Arabia in 2011, will hold a meeting on the sidelines of the Arab summit to be held in Riyadh on 15 April, explaining that the centre finances the implementation of projects to combat terrorism at the international, regional, and national levels, and Egypt is a member of its 30-country advisory council.

Idris said the centre would fund three projects inside Egypt to respond to terrorism intellectually.

He said that Feltman, who had visited Egypt recently, was impressed by the efforts of the Al-Azhar Observatory and agreed with Al-Azhar to jointly establish an international project. Egypt succeeded in introducing Al-Azhar and Dar Al-Fatwa to the international network to combat hate speech. The Egyptian UN mission suggested to the Ministry of Foreign Affairs to have Al-Azhar’s Grand Imam Ahmed Al-Tayeb speak before the United Nations on the role of Egypt and Al-Azhar in consolidating the values ​​of tolerance and moderation.

On the diplomatic front in Africa, he said that Egypt has begun clear action to restore Egypt’s influence on the continent, pointing out that the past period witnessed the first visit of an Egyptian president to Ethiopia in more than 20 years and the first visit of an Egyptian president to Gabon since the latter’s independence. “We also seek to intensify strategic cooperation in the fields of economy and trade,” he added. Idris also said that Egypt was chosen to chair the Group of 77 to build a unified position on issues of development, peace, security, and financial and administrative reform.

Moreover, Idris noted that Africa has agreed on proposals for reform of the United Nations and the governance of its departments and committees. Africa believes that good governance must prevail at the international level, not just the national level. And that the global trade and economic system must also be more equitable.

Regarding Israel’s demand for a non-permanent seat on the UNSC, he said that Israel had applied for it with Western countries and others. The Arab position on this matter is based on the fact that membership in the Security Council requires compliance with UN standards and resolutions, which does not apply to Israel.

He pointed out that Egypt contributes to UN peacekeeping forces with 3,000 troops, ranking seventh in the world.

Idris said that Syria and its security have been linked to Egypt throughout history, adding that Egypt is pushing towards finding a framework for a national political solution that is not imposed by exterior forced, and is protected from international and regional powers; a solution that responds to the wishes of the Syrian people, which will not be an easy task.

He added that Syria is a very difficult variable in the stability equation of the region and has great strategic importance, and it is enough to look at the number of parties interfering in Syria to fulfil their economic ambitions and gas or geostrategic interests.

On the reports of the human rights situation in Egypt, the ambassador said that the United Nations has three focuses: development, global security, and human rights, adding that it is normal for the international body to be interested in these rights. “We, in Egypt, do not act under pressure, but it is in our best interest to respect human rights. This is what the Egyptians and Egypt deserve. From a national preservative, Egypt continues to promote human rights,” he explained.

On the dispute between Egypt and Ethiopia over the Grand Ethiopian Renaissance Dam, Idris said that dealing with this issue has political, historical, and psychological aspects, and is an essential issue for Egypt, adding that all of Egypt’s state entities cooperate on it. He added that next week will see the launch of the International Decade for Action: Water for Sustainable Development 2018-2028, in which Egypt will clarify the importance of environmental, developmental, and social dimensions, which are the same principles that govern any dialogue on water.

“We have repeatedly stated that our brothers in Sudan and Ethiopia have the right to development and stability. Their stability serves ours. We believe in being able to reap benefits while giving others the chance to benefit without harming others’ interests,” he added.

The ambassador added that Ethiopia is a large country with strategic importance, and a plays large role in peacekeeping forces, and that there is much to do to achieve common interests on the basis of goodwill and mutual respect.

On the issues in the Mediterranean, Idris said that the UN Convention on the Law of the Sea, set in 1982, is very difficult to amend and that international law experts know this and emphasise that the convention can only be modified through an international conference and negotiations, rather than through the UN General Assembly. Moreover, the convention is stable and reflects long-established international norms. Most countries of the world agree on it, with the exception of a limited number.

On the issue of US President Donald Trump’s decision to move the US embassy in Israel to Jerusalem, the ambassador said that the international consensus achieved by rejecting this resolution in the General Assembly was an important step, and now the duty is to build on it and raise the issue of Palestinian rights to the Non-Aligned Movement summit next month. “Egypt has a well-known history in supporting the Palestinian cause, continues efforts to reconcile all the Palestinian forces, and is pushing to fully support finding a just and lasting peace in the Middle East,” he explained.