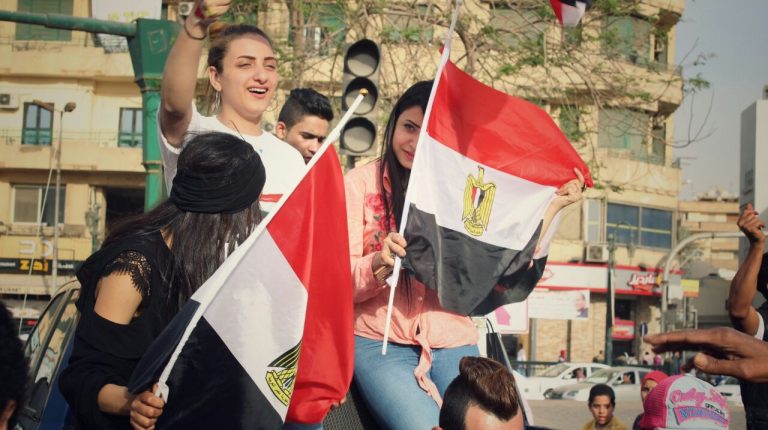 As the Egyptian presidential election kicked off on Monday inside the country, Egyptians headed to polling stations to choose their next president, with just two candidates to choose from: sitting president Abdel Fattah Al-Sisi and little known politician Moussa Mostafa Moussa.

Al-Sisi and his wife Entissar cast their votes at Al-Shaheed Mostafa Yousry school in Heliopolis, while his rival Moussa cast his ballot after first heading to his El-Ghad Party headquarters, in the midst of a small number of supporters chanting for him. Meanwhile, Prime Minster Sherif Ismail also participated in the election, stating, “the challenging times have already passed,” adding that the election is a message to the whole world that “Egyptians shall fear nothing; participation is the proper response” to those seeking to cast doubt on the electoral process.

Several minsters also cast their ballots; Minster of Local Development and Industry Abu Bakr El-Gendy described the voting as a “real celebratory election,” while Trade and Industry Minster Tarek Kabil said that Egyptians, through their participation, are saying that they are “united in building the country despite all differences between [them].” Others, including the foreign affairs, transport, investment, finance, culture, and agriculture ministers, also took part.

On the other hand, Central Bank of Egypt governor Tarek Amer, who voted at  the Faculty of Fine Arts in Zamalek, announced that the participation in presidential elections would in order to complete the path of economic reform and defend economic stability.
Coptic Orthodox Pope Tawadros II and Grand Imam of Al-Azhar Ahmed Al-Tayeb also cast their votes. Jihan Al-Sadat, wife of the late president Anwar Al-Sadat and Faiza Abou El-Naga, special adviser to Al-Sisi for national security affairs, also took part in the election.

The National Electoral Commission (NEC) said on Monday that citizens can cast their vote using their passports or national ID cards, whether they are valid or not. It also announced a hotline, 19826, for receiving voters’ complaints. Voting is scheduled to last three days inside Egypt. It began on Monday at 13,687 polling stations across the country and ends on Wednesday.