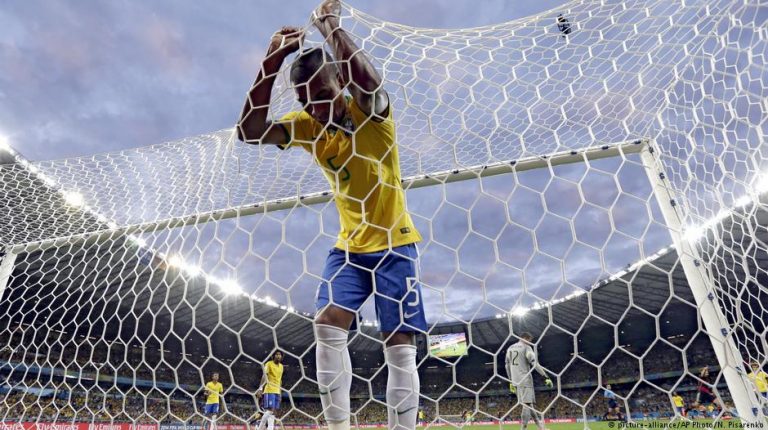 “A ghost” is what Brazil national team coach Tite called Brazil’s 7-1 defeat to Germany at the 2014 World Cup ahead of their friendly in Berlin. DW looks at how Brazil have changed since that woeful World Cup showing.When Germany host Brazil in an international friendly in Berlin on Tuesday, it will be the first time that the two teams have faced each other since the Germans embarrassed Brazil 7-1 in the semifinals of the 2014 World Cup.

“The 7-1 at the World Cup is like a ghost,” Tite said in an interview published in this Monday’s edition of the German sports publication Kicker. “It’s present, people still talk about it, but the more you talk about it, the less this ‘ghost’ disappears … [Tuesday’s friendly] won’t just be a sporting challenge, but a huge emotional challenge too.”

Read more: Joachim Löw: ‘Germany can, must and will get better’

But Brazil has come a long way since that semifinal result and they’ll have a new cast of characters when they take to the field in the Olympic Stadium.

Scolari, who coached Brazil’s 2002 World Cup-winning side, had some success. He led Brazil to victory in the 2013 Confederations Cup, but he decided to step down after an embarrassing World Cup showing in 2014, which included the infamous 7-1 defeat and a 3-0 loss to the Netherlands in the third-place match.

Fortunes were different for Dunga, succeeded Scolari after having coached Brazil from 2006-2010. He was sacked after failing to win the 2015 Copa America and the 2016 Copa America Centenario.

Tite, 55, has a similarly pragmatic coaching style to Dunga and Scolari, but many in Brazil credit him with restoring spirit to the Brazilian squad. He has impressed since his appointment, helping Brazil become the first team to qualify for the 2018 World Cup in Russia.

“Tite is a great coach, one of the best in the world. He just doesn’t have the status of [Manchester City coach Pep] Guardiola and [Manchester United coach José] Mourinho because he’s not in Europe. But he’s as good as these guys,” Neto, a former Brazilian international, said in an interview with the Guardian newspaper in November.

Some blamed the 7-1 defeat on the fact that Brazil’s superstar Neymar was unavailable, having missed the match due to a fractured vertebra sustained during their quarterfinal match against Colombia. The Paris Saint-Germain forward is currently sidelined with a foot injury, but Brazil may be able to cope better if they have to do without their captain this time around.

Chelsea’s Willian, whose lone start at the 2014 World Cup came in the third-place match, seems to be hitting his stride — he has five goals and two assists in his last seven games for club and country. Douglas Costa of Juventus and Barcelona’s Philippe Coutinho, both of whom were not part of Brazil’s 2014 World Cup squad, have also impressed under Tite.

Those three players are major upgrades over Bernard, who started in place of Neymar in the 7-1 result in 2014 and has fallen out of favor since.

Fred was the only forward Scolari trusted to lead his attack in the two years that the veteran coach was in charge. But Fred only managed to score one goal at the 2014 World Cup and was mostly absent in Brazil’s 7-1 defeat to Germany.

The strikers at Tite’s disposal are of much higher quality. Gabriel Jesus, who completed a big money move to Manchester City in January 2017, has scored eight goals in his 14 caps with Brazil. Roberto Firmino, who has scored 23 goals in 42 appearances in all competitions for Liverpool this season, although he has only scored five in 18 matches for Brazil.

Thiago Silva, arguably Brazil’s best defender over the past five years, was serving a yellow card suspension when Germany faced Brazil in 2014. Dante, his replacement, clearly did not fill his shoes, struggling to even slow down Germany’s prolific attackers.

Inter Milan’s Joao Miranda has since come in and provided Brazil’s defense with some stability as he started all but one game of Brazil’s 18 World Cup qualifying matches. Thiago Silva, who was dropped from the squad by Dunga, has also come back into the fold.

Tite has also received plaudits for tidying up the defense — Brazil have only conceded five goals in the 18 matches he has been in charge. Conceding seven goals in one game seems to be a thing of the past.