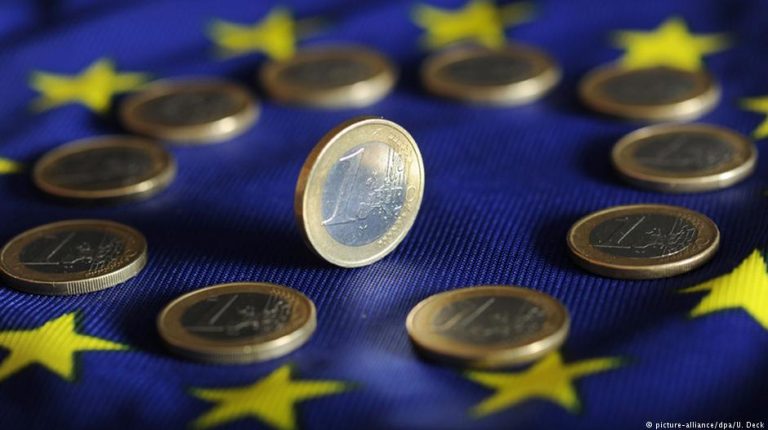 The International Monetary Fund has encouraged eurozone leaders to set up a financial emergency fund. It said such a measure would help cushion member states in times of economic downturns and reassure investors.IMF Managing Director Christine Lagarde said in a speech in Berlin Monday that euro area nations should pay 0.35 percent of their gross domestic product (GDP) into a rainy day fund that would be used to stabilize the 19-member bloc in case of financial trouble.

That would mean an annual investment of €11.4 billion ($14.1 billion) for Germany, the zone’s largest economy.

Officials in the euro area have been discussing such an emergency fund since last year as one option for setting up a joint budget, an idea championed by France but not liked too much in Berlin.

Talks on additional fiscal capacity have so far brought no conclusions, partly because Germany had been without a new government following inconclusive elections last September.

No time to waste

Within the next six months or so “there could be a meeting of minds … on the general principles and timeline” for a rainy day fund, Largarde noted. Even if details took five years to take shape, the announcement would be a strong signal “that the members of the currency union stick together.”

For the eurozone to prepare for the next downturn, Lagarde urged members to develop a modernized capital markets union, an improved banking union and a move toward greater fiscal integration to reassure investors.

In extreme circumstances, countries could then borrow from the emergency fund and repay loans with future contributions, she noted. Transfers, she added, would be conditional on compliance with EU fiscal rules.

Lagarde recommended that countries pay a premium in good times based on the benefits they receive in bad times.