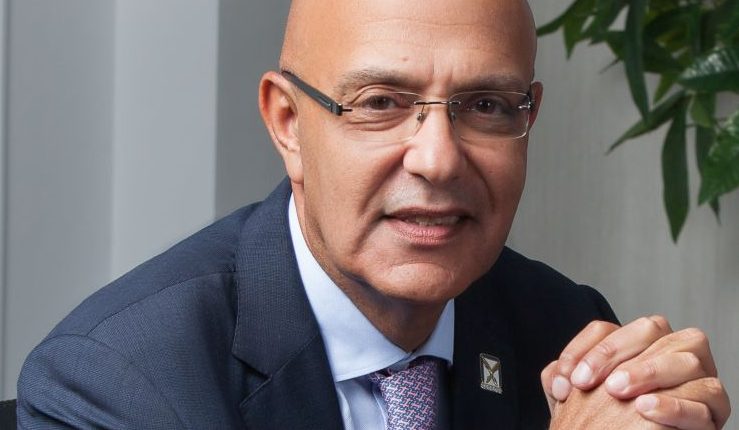 Al Ahly for Real Estate Development – Sabbour aims to expand its land bank to reach 6m sqm during the current year and launch a new project in Ras El-Hekma in the summer.

The company targets achieving EGP 7.5bn in contractual sales and pumping EGP 3bn investments in their projects in 2018.

Al Ahly for Real Estate Development Managing Director Ahmed Sabbour said, in an interview with Daily News Egypt, that the company’s land bank is currently 4.5m sqm and that it seeks to expand that to 6m sqm by the end of year

Al Ahly for Real Estate Development was established in 1994 with the National Bank of Egypt owning 40%, while 60% is owned by the Sabbour Consulting Company and other partners. The company has entered into partnerships on several projects with a number of investors from Saudi Arabia, Kuwait, and Yemen through Al Ahly for Real Estate Development and Sabbour Consulting Company.

What is the value of sales achieved in 2017?

The company achieved EGP 2.5bn in sales during the past year and expects to increase sales to EGP 7.5bn in 2018 through an ambitious expansion plan to ensure the launch of a number of new projects and complete the sale of its offered phases.

What are the areas where the company is interested in acquiring lands in the coming period?

The company is studying the available opportunities to choose the ones in line with its strategic plan, whether through partnerships or buying. The cities of Sixth of October, Sheikh Zayed, and the New Administrative Capital are among the company’s priorities, along with New Alamein, Ain Sokhna, and Upper Egypt.

We participated in the Ministry of Housing auction to acquire a plot of land on a public-private partnership basis in Sixth of October city, west Cairo, on an area of about 144 feddans.

What are the details of the City of Odyssia project in Mostakbal City?

The company began selling units of the City of Odyssia project in Mostakbal City earlier this month and expects to offer units to about 1,700 families in 2018, out of 12,000 families targeted for the whole project.

The City of Odyssia is a new mixed-use urban community compound in Mostakbal City built on an area of 578 feddans, the equivalent of 2.4m sqm, which will be developed over 10 years. It includes 150 types of residential units, varying from apartments to townhouses and villas, as well as 25 feddans for a social and athletic club in partnership with El Mostakbal for Urban Development at an estimated cost of EGP 32bn.

The company has allocated 100 feddans of the project to develop a central business district which is a key element to serve the City of Odyssia residents and attract businesspersons to move their businesses there. This district will be managed by two joint venture companies that will be established to preserve the assets and ensure long-term returns.

Hill International will be managing the design and construction of the project, while Gensler, an award-winning global leader in architectural design, is tasked with providing innovative master planning and urban design services for the new city. Meanwhile, Jones Lang LaSalle (JLL) is responsible for providing consultancy services on the development and leasing of the central business district.

How many projects does Al Ahly – Sabbour have in Mostakbal City?

Al Ahly was one of the first companies to acquire lands in Mostakbal City, out of 20 companies that applied for the first plots of land in the city. We launched the Green Square project for sale during the Cityscape exhibition in 2015.

The City of Odyssia is the company’s third project in Mostakbal City, as it had already begun development of the Green Square project on an area of 80 feddans, including 1,027 units of small villas and apartments with construction costs around EGP 950m. The company has completed 45% of the construction works of the project and seeks to increase that to 70% by the end of the year. Furthermore, the company sold 75% of the units and plans to reach 90% by December 2018.

What is the marketing situation of L’Avenir project?

L’Avenir is our second project in Mostakbal City, which spans over an area of 100 feddans, with construction progress reaching 15%, and expected to reach 50% by end of this year. We have already marketed 90% of the project and it is worth mentioning that the total investments of Green Square and L’Avenir projects amounted to EGP 4bn.

What are the sources of finance that Al Ahly – Sabbour depends on?

We depend on three different sources to finance our projects: our company’s capital, banks’ facilities, and sales revenue. Each project is a separate case in terms of financing according to economic conditions and changes during the different stages of development.

What are the updates of your Amwaj project in the North Coast?

What is the company’s expansion plan in the North Coast?

The company plans to launch a new project in Ras El-Hekma, with an estimated construction cost of EGP 5.4bn, during the summer.

Did the company apply to acquire lands in the New Administrative Capital?

We did not yet apply to acquire lands in the New Administrative Capital as a developer but we are  participating in it through Sabbour Consulting Company, as the office is designing and supervising the construction progress of five plots of land obtained by developers, as well as one of the six universities planned to be built in the capital.

How do you foresee demand and prices in the real estate market in 2018?

Demand is expected to increase during the current year, specifically after the drop in banks’ interest rates on deposits; we are expecting to see more investments being directed towards the real estate industry since it provides an investment return safer and higher than other savings vessels.