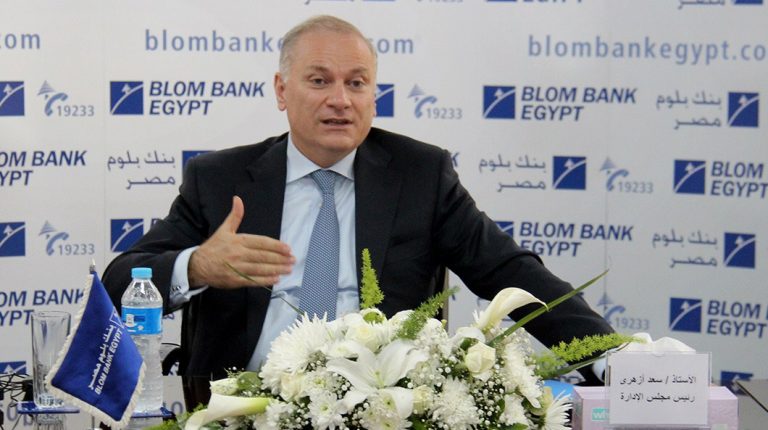 Saad Azhari, chairperson and general manager of BLOM Bank, which owns BLOM Bank Egypt, said that the bank aims to obtain a market share in Egypt of 1.5-2% in the coming five years.

Azhari told Daily News Egypt that the bank’s current share is about 1%, adding that its growth in Egypt will be gradual.

“BLOM Bank Egypt is the second largest unit in the parent group and is the fastest growing and expanding bank. It also achieves the highest return on shareholders’ equity among the group’s units,” Azhari said.

He added that the volume of the bank’s business and profits in Egypt represents about 10% of the total profits and volume of the parent group.

Azhari pointed out that Egypt is a promising country and there are many areas to expand in it. There is also great confidence from the parent group to invest in the country, pointing out the bank’s keenness to establish several subsidiaries in the fields of insurance, securities, and asset management.

He also said that BLOM Bank has not received any profits from its Egypt unit over the past years, preferring to leave them in Egypt to increase the bank’s activity and support its capital base.