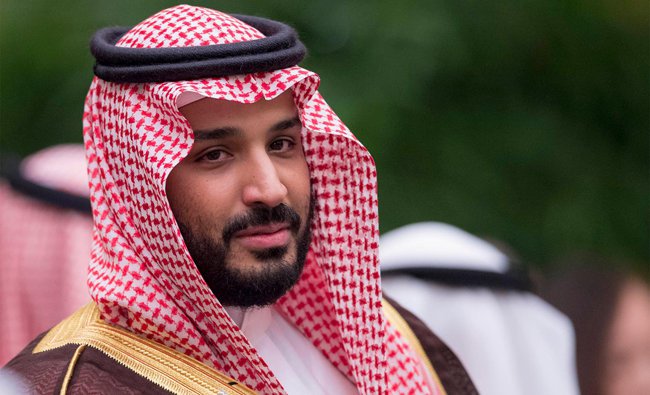 Saudi Arabia and Japan’s SoftBank have agreed to partner to build a massive, multibillion-dollar solar power project in the sunshine-rich Middle Eastern kingdom, which is looking to wean off its reliance on oil.Saudi Arabia has reached an agreement with Japan’s SoftBank to develop a massive, multibillion-dollar solar project in the kingdom that could generate 200 gigawatts (GW) by 2030.

The deal was signed on the sidelines of a US visit by Saudi Crown Prince Mohammed bin Salman, who has undertaken a whirlwind of economic and social reforms in recent months in a bid to modernize Saudi Arabia’s economy and society.

The final investment total for the 200 GW of power generation, which includes the solar panels, battery storage and a manufacturing facility for panels in Saudi Arabia, will eventually total around $200 billion (€161 billion), SoftBank CEO Masayoshi Son said.

The initial phase of the project, for 7.2 GW of solar capacity, will cost $5 billion, with $1 billion coming from SoftBank’s Vision Fund and the rest from project financing, he added.

Saudi Arabia’s Vision 2030 reform plan, which aims to reduce the country’s economic dependence on oil, was a good match for the fund’s long-term vision for innovation, he said.

“These two visions have come together to create clean, sustainable, low-cost and productive renewable energy,” he said. “The Kingdom has great sunshine, great size of available land, and great engineers.”

Options other than oil

The envisioned solar project is expected to create 100,000 jobs in the country and help reduce Saudi’s high dependence on fossil fuels to generate electricity. Saudi Arabia and other Gulf monarchies have been examining ways to cut their energy bills and diversify power sources away from oil, their main export commodity.

Still, Saudi Arabia generates most of its electricity from oil-fired power plants.

Saudi’s entire installed power capacity is currently around 60 GW. Adding 200 GW would create enormous excess capacity that could be exported to neighbors or used by industry, although the kingdom will still require other forms of power generation for night-time back-up.

Industry estimates say around 300,000 to 800,000 barrels per day of crude oil are burnt for Saudi power generation.

Exporting that oil could increase Saudi’s annual oil revenues by between $7 billion and $20 billion, based on the current price for benchmark Brent oil of almost $70 per barrel.