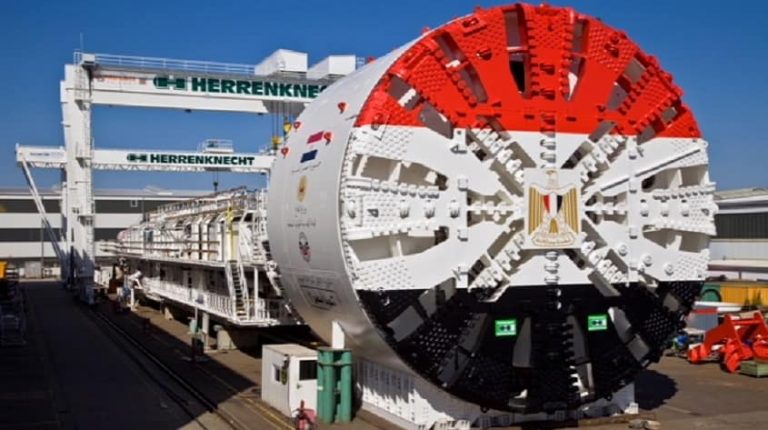 The business value of Schneider Electric’s operations in the Egyptian market during the current year reached €180m, which the company aims to boost in the coming years through new projects that are being established.

Schneider Electric’s Vice President of Energy and Energy Director for Northeast Africa and the Levant Khaled Kamel told Daily News Egypt in an interview that the projects implemented by the state over the last four years are impossible for other countries to fulfil and would need 30 years, not four.

What are the projects contracted by Schneider Electric in Egypt?

The company contracted to supply equipment and electrical transformers for the Port Said and Ismailia tunnels, which are expected to be completed this year. The company also participated in a number of national projects in Egypt, such as the development of the Zohr gas field through supplying buildings on 3,800 sqm, which are equipped with gas-insulated panels, low pressure panels, and control systems and equipment, in cooperation with Petrobel. In addition, there is the project to develop the West Nile Delta gas field, in which the company is designing and supplying 45 medium-voltage panels, 250 low-voltage panels, and energy control systems, as well as the fourth phase of the Sukari mine with a value of €3.5m.

The company is currently constructing solar power plants in the city of Sharm El-Sheikh with a capacity of 40 MW and investments worth €50m. We completed the implementation of a 5 MW plant and are now negotiating with solar energy projects to cooperate on constructing more stations, boosting capacities to 40 MW.

In December, Schneider Electric will complete its works in the Alwaleedia and West Cairo electricity power plants, which have total investments of €100m.

The company contributes to the installation and operation of motor control systems and participates in two water pumping stations in the first Tushka area to supply water, for an area of 3,000 feddans, and the second area is 30,000 feddans, with a total value of €3.1m. We contracted with the Egyptian Armed Forces to supply the transformers and the medium-voltage system for water desalination plants with a capacity of up to 600,000 cubic metres per day.

The government also negotiated on cooperating with the US company Seven Seas Energy to implement water desalination plants, which will be established through phases, beginning with a station with a 300-cubic metre per day capacity. The US company will secure funding for the project and sell the desalinated water to the government for 20 years. We are now negotiating on the selling price.

The US company offered to sell a cubic metre of water at EGP 17, but the government said that the maximum they would pay is EGP 5. They agreed to allocate land for the project in the North Coast or South Sinai.

The company is conducting intensive negotiations with the government for the agreement on the implementation of projects, as well as discussions on the value of the land allocated for the project and means of tax or customs exemptions on equipment.

What is your assessment of the participation of Schneider Electric in Zohr field?

The link between gas and electricity is tight. This transformation in Egypt is good. It has become a gas platform and can benefit from gas not only in generating electricity, but also through its export, which adds value by linking the Egyptian electricity network with neighbouring countries.

Will the company participate in the second phase of the project?

What is the role of Schneider Electric in the Dabaa plant?

We have submitted an official request to the Russian company Rosatom to participate in the Dabaa Nuclear Power Plant works and supply some equipment for the station. The company also submitted reports to Egyptian Minister of Military Production Mohamed Al-Assar concerning the factories of Schneider Electric in France and the experts we have. We aim to sign agreements to participate in the project in the coming period.

Is the company planning to increase its business in North Africa and the Levant?

We are working on medium- and long-term plans to implement contracts in North African and Levant countries, and we set our priorities to expand our volume of business during the coming period in Libya, Iraq, and Syria, given political and economic stability. Schneider Electric will participate in an exhibition in Iraq next week.

Syria, Libya, and Iraq need to establish new infrastructure. We can implement projects with investments of up to €600m. Schneider Electric supplied 80% of the electrical grid in Sudan.

What are the latest developments and solutions provided by the company in the Egyptian market?

The company is leading the digital transformation of power management and automated control of homes, buildings, data centres, infrastructure, and industries, and it collaborates with the Egyptian electricity sector to support the development plans of energy production facilities and strengthening the energy sector strategy in all fields of energy production, whether traditional or renewable.

The company allocates 5% of its annual revenues to research, development, and training sectors, which it uses to implement its commitments to the communities in which it operates.

Is Schneider Electric involved in the promotion of electric vehicle technology?

Schneider Electric specialises in energy management and automatated control, and it signed a partnership with Revolta Egypt, the leading company in the construction of the first infrastructure for electric vehicles in Egypt, to create the first network of charging stations for electric cars in the country.