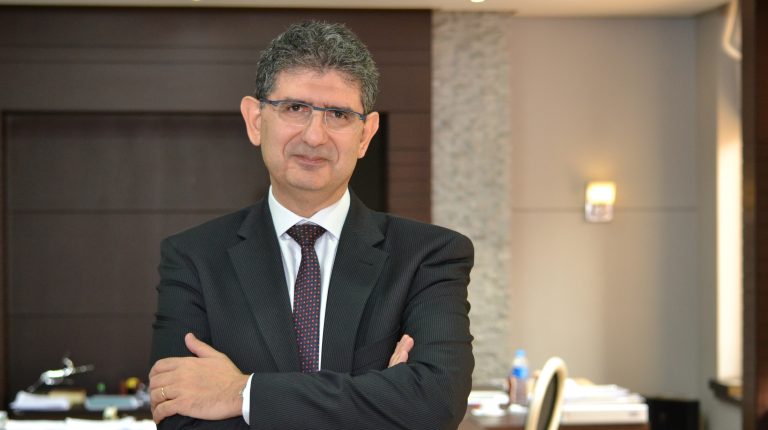 Tameer Engineering Consultants is developing two residential projects in the cities of New Cairo and Sixth of October, with investments worth EGP 2bn. The company has adopted a restructuring plan to achieve its expansion target and is currently studying a number of investment opportunities.

Managing Director Antoine El Khoury said that the company is developing Azad project in New Cairo next to the American University in Cairo (AUC) on an area of 19 feddans, which includes 500 residential units. The project is being implemented in one phase but is being marketed over four.

The company obtained building permits for about 90% of its buildings and awarded contracts for implementation. The constructions began in the last quarter of 2017, leaving four buildings that the company submitted its documentation for and is expected to receive licenses and approvals soon to be completed by the end of 2019 with investments of EGP 1bn.

He pointed out that the company has marketed the first phase of the project, which accounts for 25% of its units, and is preparing to offer the second phase of 120 units, expecting them to be sold this year.

He added that the project includes a commercial administrative building on an area of 3,800 sqm as well as a recreation club and a social building. The company has yet to begin studying the exploitation of non-residential areas in the project.

He pointed out that the company has marketed 35% of the project’s total units and delivered the first phase’s units, while the second phase units are being delivered now.

He said that the company will begin the third phase of the project during the third quarter of this year in conjunction with the start of construction, expecting it to be completed by 2020 with investments reaching EGP 1bn.

The company has completed the designs of the commercial administrative building within the Dyar project. The marketing system required a market study before launch.

El Khoury said that the company is studying a number of projects and available opportunities to choose what best fits its plans. The company buys land directly from the Ministry of Housing or in partnership with other developers.

The company achieved net sales of EGP 250m, compared to EGP 77m last year, as the number of delivered units doubled in Dyar from 99 to 195 units in 2017, where sales scored EGP 453m last year.

The company injected EGP 108m in construction works of Dyar and raised its net profit to EGP 80m last year, compared to EGP 41m in 2016.

The company has already developed the Dyar 1 project in the Sixth of October and delivered units to clients.

El Khoury said that development of tourism projects does not interest the company in the short and medium terms, hinting that it could consider them at a later stage, as the company focuses on the residential sector to retain its clients.

The company was launched in 1954 as a state-owned company to implement all works related to design, planning, research, and implementation of urban projects with the aim of developing national projects to serve the community.

The name of the company was changed to Tameer in 1997. The company is known for its credibility towards its customers despite the many challenges that it faced.

Among its most prominent projects are projects in New Maadi, as well as consultancy work for the establishment of Helwan University until it was listed on the Egyptian Exchange (EGX), which expanded its client base.

El Khoury said that the company is reintroducing itself to match the variables of the market based on the expertise of the company and its credibility and employs its experts to maximise benefit and attract new experts that have modern marketing ideas.

He said that the new policy of the company includes supporting its sales team and improving the company’s position in the market, as its branding and website were updated and advertising campaigns were launched to support project sales, human resources development, and information systems.

He pointed out that the market is going through large variables that require compatibility with sales levels, especially that the company aims for growth in projects and segments that it targets and therefore will have to present itself to new customers in addition to its current base.

He added that the company aims to strengthen its financial capabilities through financing alternatives under study, whether financial leasing or borrowing, which will be funnelled to new investments, since the company has no debts and owns a good set of real estate assets.

He pointed out that the New Administrative Capital project represents a fertile area for investment and a major player on the map of attractive cities in the coming period, noting that the company is studying the project but has yet to take serious steps to enter it.

He pointed out that the rise in real estate prices since the liberalisation of the exchange rate and raising the interest rate on mortgage finance has caused great pressure on companies because of the extension of payment periods and directing liquidity to finance customers instead of receiving them in short periods and pumping them into new investments.

He added that the partnership projects between the Ministry of Housing and developers represent one of the typical solutions to the pressures faced by the companies after the rising costs of construction and raising the prices of real estate, which exceeded the purchasing capacity of customers coupled with the issuance of high-yield certificates, which attracted a percentage of customers.

He said companies are seeking to expand overseas marketing to exploit the advantage added by the devaluation of the pound abroad as well as to compensate for the decline in the purchasing power of local customers and to seek alternatives to raise the capabilities of customers by providing less expensive real estate financing systems and creating financing sources.

El Khoury expected prices to rise slightly again this year to cope with inflation, projecting a 15% increase in the case that the market suffers major changes that reflect on the cost of construction.

He pointed out that the economic measures taken by the government were courageous and had a sharp impact in the short term, but they were necessary to correct the economy and the market absorbed its effects.