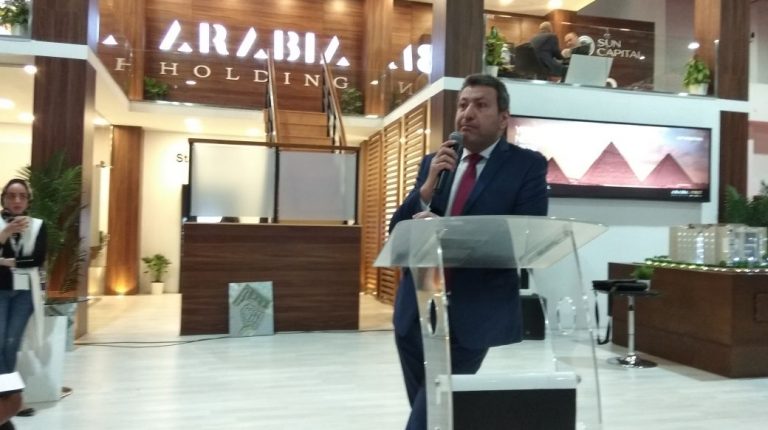 Arabia Holding signed a memorandum of understanding (MoU) with the best Swiss hospital, ranked third worldwide, to manage the hospital which will be built within Arabia’s Sun Capital project, according to Tarek Shoukry, chairperson of Arabia Holding.

He said that his company expects, by the end of the year, to contract with international brands in the education sector to manage the educational part of the project.

Shoukry noted that the company has contracted with the two most famous international brands to manage the hotels inside the project.

The chairperson pointed out that the company has directed EGP 3bn in investments to the first phase of the project, which is on an area of 80 feddans.

The company has obtained the ministerial approval and obtaining construction permits is underway, he said.

Shoukry revealed that the first phase of the project is already sold out.

Regarding exporting real estate, he said that Arabia Holding will participate in a real estate exhibition in Dubai in December.

Furthermore, the company is looking to market parts of its projects Fairmont Residential and Intercontinental to Europeans and Americans.

He expects a great boom in the sector due to the expiration of Suez Canal savings certificates, which are expected to expire this year, explaining that people will instead direct investments to Egyptian property.

Sun Capital is an integrated project being developed in partnership with the government.