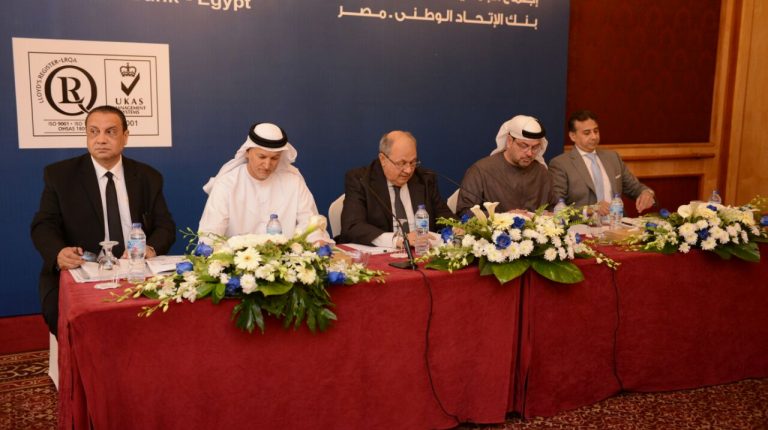 The Union National Bank – Egypt (UNB Egypt) is targeting a market share of 5% of the Egyptian banking market within the coming eight years, according to Nahyan bin Mubarak Al Nahyan, Chairperson of the bank.

Al Nahyan explained that the bank aims to expand its branch network to 48 branches, along with increasing ATMs to 125 machines by the end of 2018.

He stressed that the bank is keen to contribute to major projects that enhance the Egyptian economy by participating in joint loans arranged with financial institutions to finance national projects related to electricity, energy, infrastructure, and other economic sectors serving the Egyptian economy.

“Union National Bank – Egypt (UNB-E) is completing its plan to expand in all governorates of the republic in order to keep up with the successive developments in the Egyptian banking sector and strengthen its position among local banks through the implementation of its strategic plan,” he added.

He pointed out that the bank is one of the growing and promising banks in the Egyptian banking market, highlighting growth in 2017, where net profits posted EGP 380m, up from EGP 180m in 2016, growing by EGP 200m or 111%.

“The UAE UNB Group, which owns 96.64% of UNB – Egypt, is considering all opportunities for expansion in the Egyptian market, including the possibility of acquiring the portfolios of banks that may exit Egypt,” said Mohammad Nasr Abdeen, vice chairperson of UNB – Egypt.

Abdeen told Daily News Egypt that the bank aims to achieve growth rates between 15% and 20% in overall performance indicators by the end of 2018, as well as raise profits by 10%.

He stressed that the bank’s policy is balanced between its desire to achieve profits and maintaining the growth of its credit portfolio, while reducing the risks and expansion of lending that supports the Egyptian economy, in lieu with achieving balanced results at the end of the year.

According to Abdeen, UNB-E is pursuing an expansionary strategy in the coming period, pointing out that this plan will be more focused on the financing of small, medium, and microenterprises, in addition to the bank’s interest in financing operations, whether directed to individuals or financing projects that are efficient and based on good feasibility studies.

He added that the financing of national projects will have a large share of the volume of targeted funding in the coming period, which will push the Egyptian economy towards growth.

He confirmed that the bank is participating in the financing of all mega national projects, including the Suez Canal project, for which the bank issued all its letters of guarantee. The bank has also financed the electricity sector in Egypt.

“Union National Bank has been able to expand the Egyptian market significantly during the previous years, by increasing the bank’s network of branches from only eight to 43 branches in 22 governorates. In the coming period, we aim to open five new branches, including two electronic branches,” Abdeen said.

He pointed out that the bank bought 6,000 sqm in the New Administrative Capital to establish a full administrative building, in addition to a branch to provide banking services to customers there.

On the compatibility with the rules of listing on the Egyptian Exchange (EGX), which requires 5% free floating shares, Abdeen said that the bank now has about 3.4% shares floating for trade, with negotiations with the EGX on the remaining balance.

He added that all alternatives are currently under consideration to comply with this condition, in light of the group’s concern to not reduce its ownership in the bank, pointing out that the write-off of the stock may be an option, if negotiations stalled in the capital market.

“The UAE welcomes investment in Egypt, especially after the legislative reforms regarding the investment climate in Egypt, led by the new Investment Law. The bank supports these investments and works to increase them,” Abdeen said.

He added that the bank provides a transfer service for employees in the UAE without fees or expenses, in line with its belief in supporting the Egyptian economy.