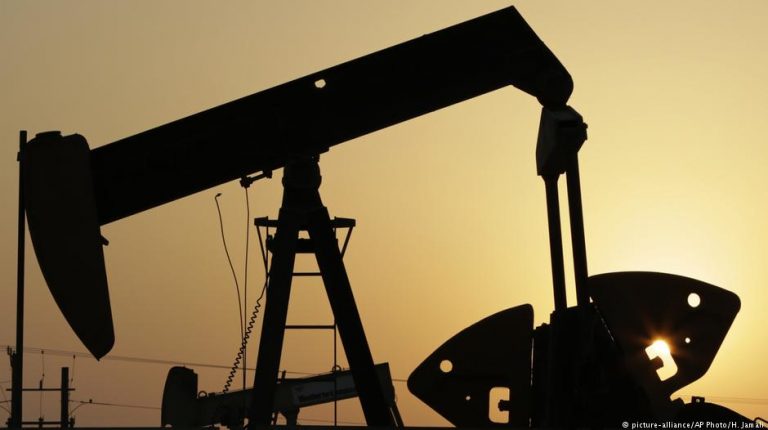 The small archipelago Gulf state is surrounded by oil-producing giants, but its own production has been very limited. A more detailed analysis of the find’s content, size and extraction viability has begun.The tiny Arab Kingdom of Bahrain announced Sunday that it had made its largest oil discovery in decades, and perhaps ever.

Tight oil is a type of oil found in impermeable shale and limestone rock deposits. Also known as shale oil, tight oil is processed into gasoline, diesel, and jet fuels in the same way as conventional oil, but is extracted using hydraulic fracturing, or “fracking.”

The oil and gas deposit off Bahrain Island’s west coast “is understood to dwarf Bahrain’s current reserves,” the Bahrain News Agency (BNA) reported on Sunday, but without giving detailed figures.

Unlike its closest neighbors — Saudi Arabia and Qatar — Bahrain is not a major oil producer and ranks 57th on the US Energy Information Administration’s world list.

The Gulf state covers an area slightly smaller than the five boroughs of New York City, currently pumps around 45,000 barrels per day (bpd) and more than 1 billion cubic feet (28 million cubic meters) of natural gas daily from its one onshore Bahrain Field.

It obtains a further 150,000 bpd from the offshore Abu Safa oilfield, which it shares in equal measure with Saudi Arabia.

Bahrain is the smallest producer of hydrocarbons in the Gulf Cooperation Council (GCC), which also includes Kuwait, Oman, Qatar, Saudi Arabia and the United Arab Emirates. Bahrain is the only GCC country that is not a member of OPEC.

By contrast, nearby Qatar produces 1.5 million bpd. Despite its modest output, Bahrain generates about 80 percent of its revenues from oil.

There was no word on an expected start date for production. More details are expected on Wednesday.

Every evening at 1830 UTC, DW’s editors send out a selection of news and features. You can sign up to receive it here.