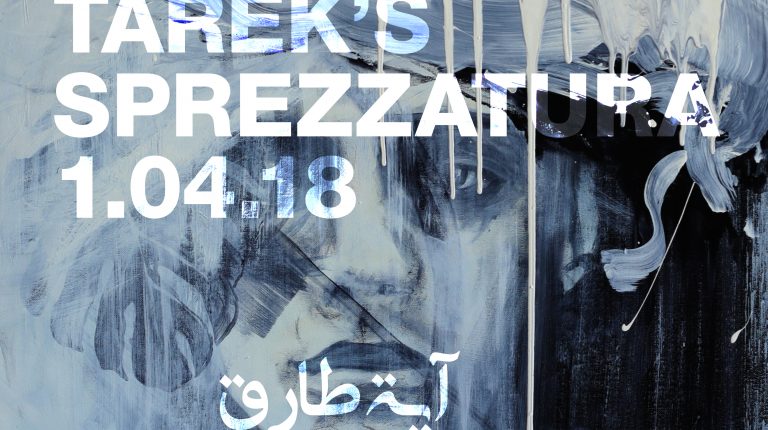 The Cairo-based SOMA Art School will host starting Sunday an exhibition by artist Aya Tarek named “Aya Tarek’s Sprezzatura”. The exhibition will be open until 15 April. Sprezzatura is a term associated with an Italian art movement. Yet, the word dates back to the 15th century when it was first used by Balassare Castiglione in The Book of Countier, an Italian Renaissance literature that aimed at instructing noblemen to dress and speak in a certain manner that looks effortless, almost without thinking. This concept was later taken to an extreme by Beau Brummell, who was known for spending hours in front of the mirror to arrange his necktie to make it look presentable with no effort.

In this exhibition, Tarek is taking the concept of Sprezzatura from the fashion world to her own visual world. She is expressing the ease, individuality, beauty, and simplicity that come with maturity through a monochromatic scheme. Like the tie of Beau Brumell, this exhibition looks easy, moderate, and even imperfect, yet it is the result of long years of effort, practice, plans, seeking perfection, then rebellion.

Tarek is a notable figure in the contemporary Egyptian art scene. The Alexandria native has gained a whirlwind of popularity in the past few years with her infamous socio-political street art and cameo in Ahmad Abdalla’s 2010 feature film Microphone.

Another notable film titled How to F**k Your Mind by Aya Tarek portrays a graffiti artist’s instant rise and fall from fame. The animated film is packed with Tarek’s personal experiences with the media and how it could have affected her.

Tarek, who has been painting since 2008, is inspired by her hometown, Alexandria.  But street art was not strictly the original plan. Inspired by her grandfather initially, who was a graphic designer and painter of film posters in the 1960s, she studied art, but then found herself needing to move out of traditional outlets. From there, she went on to create street art on the winding roads of Alexandria.

In 2011, she was part of the Goethe Institut Alexandria project “Graffiti: Style, History, Experience”. At the time, joining the dynamic roster of artists were world-famous German graffiti team Ma’Claim and Tarek. The group transformed the Lycee’s once barren walls into a kaleidoscope of colour, culture, and artistic expression

Kenyans turn to camels to cope with climate change