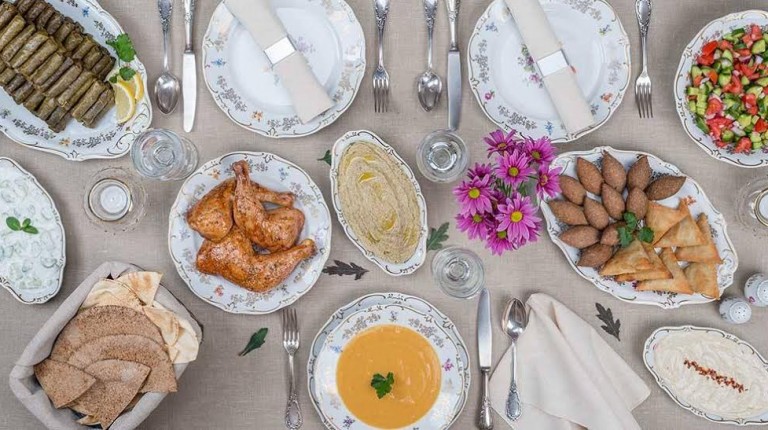 In the vacant space of Darb 1718, spring’s cold breeze surrounded hundreds of loyal fans who passionately spent their afternoon waiting for one of their favourite bands, Wust El-Balad, to release its latest album, “Bantalony El-Jeans” (My Jeans Trousers).

“Bantalony El-Jeans” is the latest musical album the soft rock band meets their fans with, after three years since their previous album, “Karakeb”. Throughout the hour and a half concert, the band performed 13 songs varied between their latest hits and the ones that fans love the most.

The band was met with a warm welcome, after they had stopped their activities for a year and a half, except for a few concerts. Apologetic to their loyal fans, who have been consistently requesting the band to get back on track, Wust El-Balad took over the stage with promises of re-establishing the comeback of ongoing concerts once again.

Hany Adel, the band’s guitarist and vocalist, explained that with the circumstances that were happening in the country which had affected everyone, the band had a difficult time keeping up with being active and creative.

“There was a period of time after a set of events when everyone was depressed and disappointed. So, we did not want to come up with any song that might feature those emotions,” Adel told Daily News Egypt.

Adel expressed that, from the band’s point of view, separating their personal points of view away from their work is the belief they have always adopted, adding that they were just like other millions of Egyptians who had depression that prevented them from perfectly keeping up with their passions.

Wust El-Balad is known for their eastern rhythms that are mixed with a western twist in tempo and through electric guitar. The unique mix the band presents is included in their lyrics, of which some are in the track Fusha.

As the first rock band to reach for audiences through low-priced live concerts in cultural hubs, the band still holds one of the biggest fan base comprised of younger generation fans.

The 19-year-old band’s latest songs, as usual, tackled the main issues young generations deal with in their daily lives; from technology addiction to passionate lost love and identity crisis, the songs speak on behalf of the voice of generations that fight to be understood and accepted.

“Shashet el Telephone” (The Telephone Screen) is one of the songs that discusses the slavery relationship people share with their smart phones and social media and how life is only lived, and emotions are only expressed through a technology device.

The band released video clips for the latest album’s 10 songs, putting them online, allowing people to see a different aspect of the lyrics they hear.

“We always put our concentration on the music. Yet recently, a new challenge is added as people are currently always bonding the relation between the audio and the visual. So, we had to come up with the idea of shooting all the songs to maintain the market’s needs,” he added.

Marketing was one of the main concerns for the band in their latest release, yet music remained the first priority. “We always focus on coming up with unique content, after that comes the consideration of marketing it. We always insist on lyrics that would make one think about the song, not only listen to it!” Adel explained.

“Bantalony El-Jeans” witnessed the first collaboration between the band and actor Asser Yassin.

Yassin’s production company produced the video clip of one of the album’s songs “El-Ekhtelaf El-Mo’talef” and he participated in two of the video clips.

One Night for Humanity