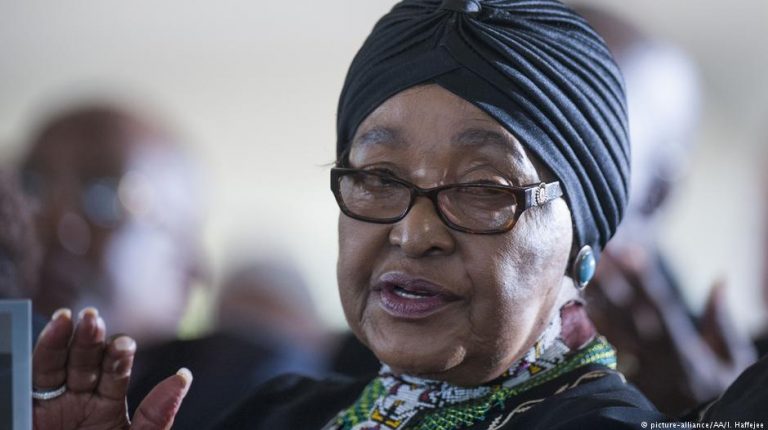 Winnie Madikizela-Mandela, a stalwart of South Africa’s anti-apartheid movement , has died after a long illness, her family says. She was the ex-wife of late President Nelson Mandela.Winnie Madikizela-Mandela, a leading, yet controversial figure in South Africa’s long struggle against the apartheid regime, died on Monday after what her family said was “a long illness.”

She was also married to Nelson Mandela for 38 years, 27 years of which was spent apart from him during his long imprisonment.

They separated just two years after he was finally released in 1990, and divorced in 1996.

Read more: South Africa: The rise and fall of the ANC

Winnie herself spent several periods in prison for her anti-apartheid activities, even being tortured by government security forces.

She was long at the forefront of the struggle against the white-minority government in South Africa, but began to be seen as a liability to the liberation movement after she started facing accusations of being involved in deadly violence against suspected traitors.

Among other things, she was widely linked to a practice known as “necklacing” — burning people alive by means of a lit petrol-soaked tire around their necks — once declaring in a speech in 1986 that “with our boxes of matches and our necklaces we shall liberate this country.”

Although later implicated by damning testimony at the Truth and Reconciliation Commission hearings set up after the end of apartheid, she denied involvement in any murders.

Archbishop Desmond Tutu, who headed the commission, said of her: “She was a tremendous stalwart of our struggle, and icon of liberation — something went wrong, horribly, badly wrong.”

After Nelson became president, she served as a deputy minister in his government, but was later sacked for insubordination.

However, she rehabilitated her political career, despite even facing a 2003 conviction for fraud, and won a seat in parliament in 2009 elections.

Her assessment of her ex-husband’s achievement was less than flattering in a newspaper interview in 2010 in which she said: “Mandela let us down. He agreed to a bad deal for the blacks.”

However, she regularly visited Nelson’s bedside in his final months and said she was present when he died in December 2013.