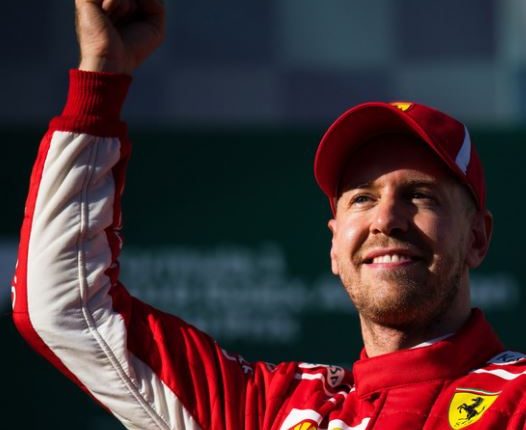 In the 2018 Formula One, Ferrari’s Sebastian Vettel beat Mercedes-AMG driver Lewis Hamilton to win the season-opener Australia Grand Prix. Vettel managed to take the lead in the second half of the race and maintained his position until the final lap, securing his second consecutive win with a gap of 12.6 seconds.

Ferrari’s Kimi Raikkonen took the third spot on the podium after a brilliant qualification and race. The Australia GP win also marks Vettel’s 48th victory and 100th podium in his career.

Fourth place was won by Red Bull’s driver, Daniel Ricciardo, who started the race in eighth place but managed to overtake Fernando Alonso, who scored more than half the points he scored last season.

Hamilton started the race on pole and showed pace and aggression to retain his lead for the first half of the race despite pressure from Raikkonen during the first lap. He faced several difficulties that affected his final result, as he missed the track slightly on the ninth turn of the 47th lap.

In a statement to Motorsport, Hamilton said that the limited available engines were the reason for his early loss against Vettel. Hamilton suffered four times from his engine’s high temperature. The same problem was faced by his teammate, Valtteri Bottas, during his chase of champion Vettel.

The race observers fined Haas’ team $10,000, or $5,000 per car, after investigations showed that the team released the car in an “unsafe condition.”

The Australian Grand Prix is the oldest racing competition in Australia. It has been organised 75 times since the race first took place on Philip Island in 1928. Before its inclusion in the World Championships, it was organised in several different places across Australia’s various states.

A number of rounds were held for the Australian Drivers’ Championship on many occasions between 1957 and 1983, and then it became part of the World Championship of Formula One in 1985.

It was held at the Adelaide Circuit in southern Australia from that year to 1995, and then it moved to Albert Park in Melbourne in 1996.

The Albert Park circuit uses the road network around Lake Albert Park to the south of the business district in Melbourne, extending over 5.303 km with 16 turns.

The track is one of the very fastest and is relatively easy for engines. Its design has fewer straight portions which gives racers little chance to overtake competitors.

Most racetrack barriers, pedestrian bridges, and other infrastructure are prepared about a month before the Grand Prix each year and removed within six weeks after the race. Entering the area around the ring becomes restricted during the weekend race.

Formula One practice: Vettel sets quickest ever lap at Monaco