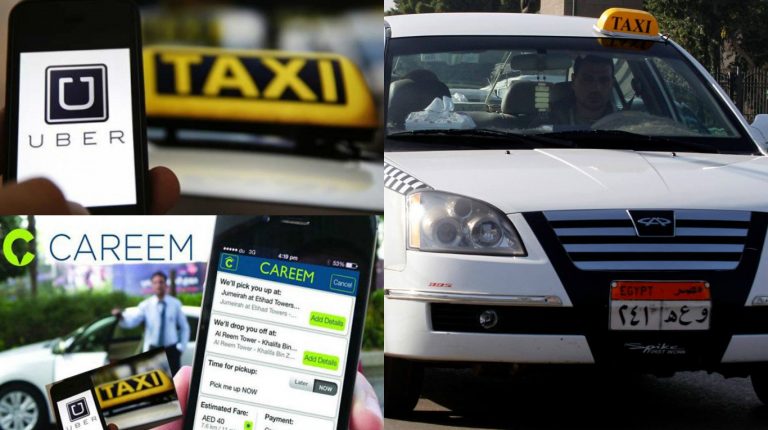 While the future of the Uber and Careem ride-hailing applications remains unclear for many Egyptians following a controversial court verdict, drivers of both services are unsatisfied with a new law that has been preliminarily approved by parliament to regulate their work in the future, after three years with no regulations for such services.

On the same day that the Administrative Court ruled on banning the operations of Uber and Careem in Egypt, the cabinet referred a draft law to parliament on regulating the work of private car owners with private companies.

A few days later, the Egyptian Parliament approved in principle a law on the regulation of transportation services which use information technology for passengers, such as Uber and Careem, as representatives of the two companies were in attendance.

Following the two contradictory decisions, confusion rose to the surface over whether the two companies will continue to operate or not.

The court said that it will halt the two companies’ activities for violating Egyptian law by using private cars for commercial use without a license and that it would delete their mobile applications.

However, Uber and Careem issued responses in statements, asserting that they will continue their services in Egypt and will appeal the court’s ruling that ordered them to suspend operations in the country. The two services have been working throughout the past year amid objections from Cairo white taxi drivers who strongly believe that the rise of such companies has had a detrimental effect on their work.

The court verdict came in favour of a lawsuit filed by a group of white taxies drivers in 2017 against the companies, accusing the services of violating the traffic law by using privately-owned vehicles for commercial purposes.

People received both services enthusiastically directly after their introduction to Egypt, due to longstanding struggles with fraud and exploitation at the hands of white taxis drivers. Uber and Careem, both mobile application-based taxi services, became the preferred transport choice for many Egyptian in the past several years for their usage of modern technology and the professional conduct of their drivers.

The government-drafted law aims at serving justice for drivers of white taxis, believing that Uber and Careem have enjoyed many privileges throughout the past period that impacted the work of normal taxis. Following the law’s preliminary approval, drivers expressed their outrage regarding some of its articles, which they believe will impose certain restrictions on their work.

In a televised interview, the representative of parliament’s transport and communication committee, Mohamed Zeineldin, said, “Uber and Careem have impacted the interests of the original craftspeople, as they are working without licenses or taxis, therefore, there should be legislation to create balanced justice.”

“Those companies have achieved extraordinary profits, and were working illegally, and the situation has changed and whoever wants to work in the Egyptian state should be subject to the laws of the country,” he also said, adding, “the state is currently regulating the conditions of these companies to preserve the rights of taxi drivers who have been affected by them.”

For the past three years, Uber and Careem drivers have been working freely without any regulations, sharing profits with companies. Police harassment was the only struggle that threatened their work during the past period.  Since there is no legal framework for the drivers, when traffic police can identify that a driver is working for Uber or Careem, they could be stopped and have their car and license withdrawn, on accusations of using a private vehicle for commercial purposes and will be required to pay a fine of EGP 3,000. Therefore, there were several calls for recognition.

The new law requires drivers working with Uber and Careem to place a logo on their cars and imposes a fine of EGP 5,000 in the case of any individual driving without an operating card. It further bans government employees from working for Uber or Careem in their free time.

Many of the drivers with both companies are individuals who occupy professional positions and use the applications to improve their living conditions. Therefore, they reject putting the companies’ logos on their private cars.

Since the launch of the services in Egypt, many governmental employees have joined it to improve their live conditions but will not be able to do so after the enforcement of the new law.

Also, there were a number of agents, working for both companies, whose work focused on promoting and organising Uber and Careem in Egypt through hiring drivers, convincing people to rent their cars to the companies, and, in many cases, were intermediaries between the two sides. A majority of agents who registered with Uber and Careem were initially car rental agencies.

However, the new law would upend the work of those agents, stipulating that drivers should deal directly with companies in future.

The articles of the law did not outrage only drivers, but also the applications’ users due to the presence of an article stipulating that both companies have to provide the personal information of users to authorities. Rana Qortam, policy manager at Uber, who attended discussions on the law, saw the article as an invasion of privacy.

“We have more than 4 million users and 150,000 drivers, and their data is a responsibility and we are committed to protecting them,” she also said, stressing that Uber needs a judicial order ordering the company to provide data and information to security authorities in order to disclose it.

In response to Qortam’s concerns, the head of parliament’s transportation and communication committee, Saeed Taaema, said that the issue is related to national security since the services are investing in Egypt.

Moreover, the law will impose costly operating fees, work permits, and taxes on the drivers and companies, which will lead to an increase in the services’ prices. The imposed payments of taxes and insurance are regarded as overpriced, as their maximum ranges between EGP 2,000 and EGP 3,000 in required fees, in addition to 25% in taxes. This will represent a burden on drivers, which will increase the cost of service for customer and could impact their usage.

The terms will impose a state of uncertainty over the drivers’ conditions, which will lead them to pay more money in the form of taxes and insurance to the government, impact their income received from the services, and transform them from private drivers to being treated as normal taxi drivers, a notion that many drivers have expressed displeasure at.

The drivers working for such companies have technically been working illegally for over three years so far, as they continue to await state recognition, which is expected to be granted after the bill’s enforcement.

Many passengers have decided to switch to Uber and Careem as an alternative to traditional Cairo white taxis. Taking a ride with a regular taxi driver can often be inconvenient, as many drivers turn away customers if their destination is far away, the route is busy, or even simply because it is inconvenient for them. Even though white taxis are required to have a metre, many drivers intentionally say it is broken, in an effort to extract a higher fare from customers. White taxis have long organised and protested against Uber and Careem, accusing them of unfair competition and operating illegally.