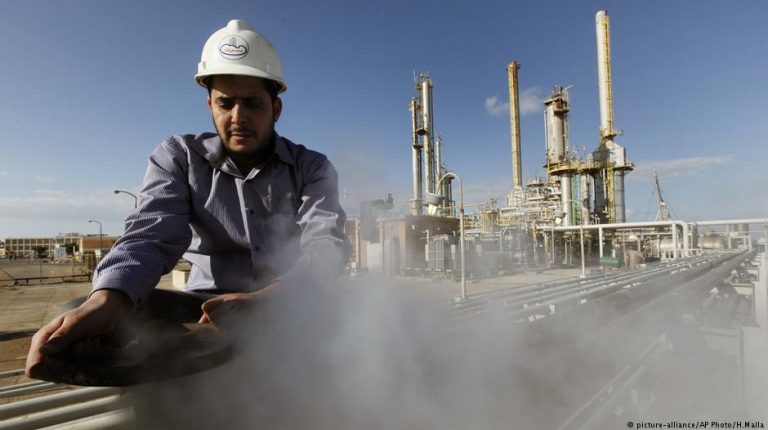 It turns out that several factors have historically driven oil prices. These include production costs, geopolitical risk (wars or the threat of wars in oil-rich regions), and mismatches in supply and demand.

Sometimes mismatches are caused deliberately, for example, when a cartel of producers gets together to cut back crude oil production in order to drive prices up.

Now, however, two additional factors have emerged that will have a profound impact on oil prices in the future: Improvements in technology are lowering the cost of shale oil production in the US and elsewhere, and electric vehicles (EVs) are emerging as viable substitutes for cars powered by internal combustion engines.

To put some numbers on the impact of these factors on oil prices, DW spoke to Jim Williams, an oil industry data analyst and consultant who has tracked oil production and price data for decades, under the corporate name WTRG Economics.

Williams is sober, low-key, and careful to qualify his statements, but their implications are nonetheless startling. He told DW that new technologies have put a long-term ceiling on oil prices that is unlikely to be breached except in occasional crises — in particular, during wars or revolutions involving major oil producers.

What this means, in effect, is that the business model of most petro states, with their one-dimensional dependence on oil revenues, is no longer sustainable.

"From now until about 2025, the cap on oil prices will primarily be set by exploration and production costs from shale oil and other tight oil formations," Williams said.

A key number, he adds, is $55 per barrel: "When US crude oil prices are at $60 a barrel, shale oil producers don't need to cherry-pick where they drill… whereas if prices drop to $30 or below, and stay there for a good while, drilling of new wells stops. If that happens, then about nine months later, production will be in decline."

That's because well production from shale-oil formations drops off quickly. "It's usually 50 percent lower after the first year." Continual drilling of new wells is therefore necessary to maintain production. When oil prices are low, shale oil producers don't scale back production from existing wells, but they do scale back drilling and exploration.

A sustained price of about $55 a barrel crude oil prices or higher provides enough of a profit for shale oil companies that it motivates continual drilling of new wells. With each passing year, Williams said, this leads to an increase in US oil shale production of about 1 million barrels a day, over the course of that year.

The best areas get drilled first, so US shale oil will likely be harder to extract five years from now than it is today. At the same time, however, technology improvements continue to improve oil recovery from any given well: "There has been a 30 percent decline in the cost of producing a barrel of shale oil since mid 2014."

Trouble for the Saudis?

Drilling and extraction costs of conventional oil are lower than the corresponding costs for shale oil, as a rule. US shale oil costs were about $23.35 per barrel in 2016 on average, according to Rystad Energy, a business intelligence firm. By comparison, it costs only about $9 a barrel to lift crude oil out of the Arabian desert. Production costs of conventional oil in Russia average around $19 per barrel.

However, petro states like Saudi Arabia and Russia, as well as Kuwait, Mozambique, Libya, and various others, derive the bulk of their hard currency earnings — and of their tax revenues – from oil sales. According to financial analyst company Fitch Ratings, the oil prices needed in 2017 by different oil-dependent countries to balance their budgets ranged from $45 per barrel (Kuwait) to $84 (Bahrain).

If oil prices are lower than these break-evens, petro states must either run heavy deficits or cut back spending, potentially leading to public unrest — and eventually, Williams said, perhaps even revolutions.

"For most OPEC countries, the problem is that the global crude oil price they need to fund their government budgets and pay for the country's imports is higher than the break-even price of producing shale oil from the Permian basin, or from the Bakken or Eagle Ford," i.e. from the main US shale oil reservoirs.

Revolutions in petro states would cause oil prices to spike, and can lead to sustained damage to oil production capacity, especially if a country descends into armed anarchy. Williams noted that there has, as yet, been no recovery in Libya's oil production, seven years after Muammar Gaddafi's government was toppled.

Williams said the most accessible US shale oil reserves will be depleted eventually, but not before 2025 at the earliest. If other countries begin producing shale oil using the advanced technology recently developed in the US, global shale oil production could continue to gradually rise for as long as three decades, in his estimation.

At the same time, a trend toward self-driving electric vehicles is gathering pace, and expected to be mature by 2025. Given that fossil-fueled cars typically stay on the road for around 15 years, by 2030 electric vehicles will likely be a large, and perhaps dominant proportion of the global vehicle stock. According to a report released in February by Fitch Ratings, global oil demand could peak by 2030 due to the spread of electric vehicles.

This implies that the long-term trend for oil prices is flat or downward, Williams concluded. On average, in coming decades, oil prices are unlikely to stay more than a few dollars above the level at which it is profitable to drill new shale oil wells, currently about $55 per barrel. Over time, with improving drilling technology and infrastructure, the break-even price for drilling shale oil wells is likely to further decline.

The take-home message: Petro states would be well advised to do whatever they can to transition away from their dependence on oil revenues, sooner rather than later. Saudi Arabia's rulers have recognized this, which is why they have announced ambitious economic development plans and mega projects like the proposed Neom conurbation.

In the interim, petro states may have an incentive to ratchet up geopolitical tensions, or even take steps to plunge rival oil producers into chaos, as long as they can avoid having the chaos spread to their domestic political economy. If Williams is correct, wars or revolutions in oil-producing countries are the only remaining lever with which to drive oil prices up past $60 per barrel.