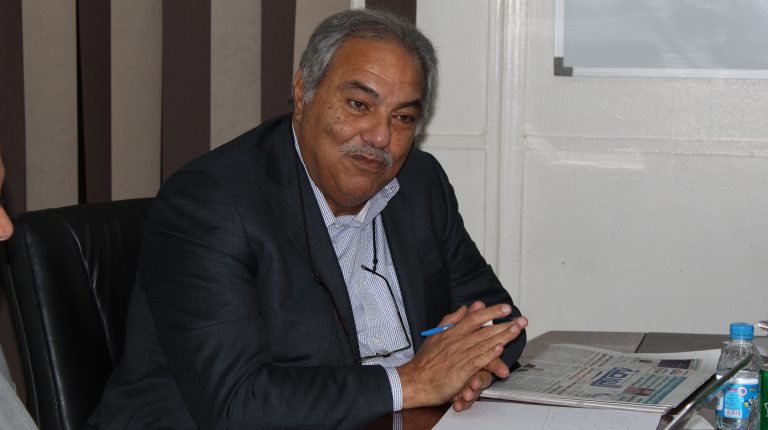 Gamal Muharram, chairperson of the Egyptian Factoring Association (EFA), expected the activity of the sector to reach EGP 10bn this year, versus EGP 5bn in 2017.

Muharram attributed his expectation to the fact that Egypt is considered a promising market in terms of financial tools, especially in factoring activity, in light of the decision made by the Central Bank of Egypt (CBE) on Thursday to reduce interest rates by 1%.

During a seminar led by Daily News Egypt that discussed the future of non-Egyptian financial tools, Muharram said that factoring and financial leasing are expected to see more regulations over the upcoming period, especially with parliament discussing these two topics.

What do you know about the financial leasing and factoring bill being discussed by the economic committee of parliament and to what extent is there communication with the committee?

The Financial Regulatory Authority (FRA) informed us of the law and chose a group of experts in the advisory committee supervising the draft law.

Over the past period, there was dialogue between us and the FRA which resulted in a flexible draft law, and the decision to leave executive tasks to the FRA. All the details of the law were agreed upon.

In economic laws, the legislative framework must be decided, and freedom should be given to the supervisory bodies, which happened in the case of this law, making it come out as small as 81 articles.

Did you have discretion regarding the law?

First, I would like to point out that the current administration of the FRA is very different from past administrations, and it understands what its job requires very well. They are conducting their supervisory role wisely and provide us with all the information we need.

We do have reservations, of course, but they are not many. Our reservations are about some articles in the draft law, such as the penalties on a chairperson who makes a credit decision and has to bear the risk to some degree. We believe he should only be held accountable in the cases of corruption or negligence.

Additionally, the new license allows adding the factoring activity to financial leasing companies; however, there is the issue of the company having to process the data in two different records because the standards are different for each company, as well as the regulating rules.

Why do you not prefer the company combining two activities with two separate records?

I do not advise companies to combine both activities because there are regulatory rules such as determining the credit concentration ratios and the volume of credit facilitations for a single client out of the total capital base or the credit portfolio, which may range from 20% to 50%, which would be unfair for one of the activities.

If we say that the credit portfolio is 20% of the total capital base, this would be unfair for the financial leasing company. The opposite is true. If we say the credit portfolio will be 50%, this will be unfair for the factoring company. Processing allocations is different. Factoring deals with capital finance, but financial leasing deals with long-term needs.

We have delayed allowing I-Score in the field of factoring, especially since the debtor is not a client of the company’s. However, the I-Score system will be valid for small and medium enterprises (SMEs) within the transferred guarantee records, which will expand the base of clients and the information about them.

Is there communication between you and the economic committee of parliament regarding the draft law, the first part of which is complete and involves financial leasing?

There was no communication between the association and the committee, but I welcome any form of communication with them, especially since the factoring system is rather new for the Egyptian market, and financial leasing is facing some issues regarding accounting standards.

It is important to communicate with financial leasing companies and the EFA to discuss the means of applying international accounting standards to avoid issues in the sector.

How do you see the future of factoring in the Egyptian market?

It is one of the promising non-banking activities in the Egyptian market. However, the number of companies with licenses to practice the activity is still as little as eight.

The eight companies made transactions worth EGP 4.945bn last year compared to EGP 4bn in 2016, which means that the activity achieved a growth of 21.2%. I expect the number of companies to become 13 this year.

Noteworthy, the minimum capital required to establish a factoring company is only EGP 10m.

You said that the factoring activity was affected by the initiative of President Al-Sisi to provide EGP 200bn for small projects, do you plan to address the CBE to be part of that initiative?

Factoring is more susceptible to the effects of interest rates compared to financial leasing, as it funds quick and short working capital cycles, sometimes just 45 days. This does not allow distributing the cost of funding in intervals, unlike financial leasing, which sells assets with long intervals in between.

The growth of factoring in the required way depends mainly on the reduction of interest rates and providing sufficient awareness regarding the activity in the target sectors.

Are there discussions with the Small and Medium Enterprises Development Authority to fund factoring companies?

Sadeq: There are discussions taking place with the SMEDA to fund factoring companies with a maximum of EGP 1m with a 12% interest rate.

Muharram: I expect the EGP 200bn CBE initiative to be aborted over the upcoming period.

With these factors and obstacles, how do you see the future of factoring?

Muharram: If we compare the data of factoring activity in Turkey, with the size of the market reaching $30bn for 304,000 clients through 1000 companies, including 66 companies in the field of export factoring to the case in Egypt, we will see that Egypt is still an emerging country in the field of factoring and has great chances for growth, especially that SMEs are taking over the Egyptian market right now.

What is most attractive to factoring companies, local or international securities?

Muharram: Both are important for the economy. Currently, international factoring may be deemed more attractive because the interest on the dollar is less, and exporters guarantee their funds without factoring companies having to deal with the risks.

Companies engaged in the activity of international factoring must be members in the International Factoring Association (IFA) and communication must take place between the Egyptian company and the foreign factoring company, or at least a study about the foreign company must be provided.

Eighty percent of Egyptian companies are members of the IFA. However, the high membership cost is an obstacle.

Do the financial leasing and factoring companies affiliated with the banking sector reduce their loaning costs?

Muharram: This is unlikely because margins of banks are very close to the companies working in the sector.

Sadeq: According to what we have learned from the market, banks may give the companies affiliated with them a lower interest rate.

Do you expect banks to establish factoring companies?

Sadeq: Yes I do, especially with the increased awareness. However, too much of that would not be good because the non-banking sector requires a different way of thinking.

Are there other funding sources, such as securitisation or bonds?

Sadeq: Unfortunately, securitisation would not be suitable as a funding source. However, it is beneficial for financial leasing companies.

What are the most prominent challenges facing factoring?

Sadeq: Developing awareness of the sector, creating competent individuals with expertise, and coordinating with other sectors, such as banks, which need to realise that factoring and financial leasing are not competitors. There is a plan to hold a seminar for workers in the field of insurance, in coordination with Alaa El-Zohairy, in order to raise awareness about the available opportunities in the field of insurance on the risks of repayment.

Were there increases in the rate of delinquency in the past period?

Muharram: The risks of securities has increased from 2% to 3%, but companies faced this by scheduling debts based on the circumstances of clients or resorting to the economic court.

Sadeq: A study conducted on the condition of a client requires a period ranging from one week to 10 days and requires an availability of a budget from two years, or one year in the case of startups. We offer the required support and consultations for clients to prepare them.

What is the role of the association in spreading awareness about factoring?

Sadeq: The association is the most appropriate body for spreading awareness. We seek to hold conferences in cooperation with many bodies, such as the IFA, African Export-Import Bank, and the Federations of Industries, as well as export councils, the media, and other bodies.

What about financial inclusion and integrating the informal sector into the formal sector?

Sadeq: Factoring is the most effective tool for spreading financial inclusion and has already contributed to the entry of many microprojects into the formal sector and opening a trade register since the regulating laws require this.

Who are potential factoring clients?

Muharram: They are any manufacturers or producers who sold goods with delayed payments and require liquidity to start a new production cycle. The law allows factoring for periods of up to three years, except for construction companies at the moment.

Sadeq: On average, most factored securities are no less than EGP 100,000, however, there is no minimum value for factoring. Clients can repeat the factoring process based on the production cycle, and every company sets the maximum limit of the allowed amounts for clients, as well as the debt rate of the capital base.