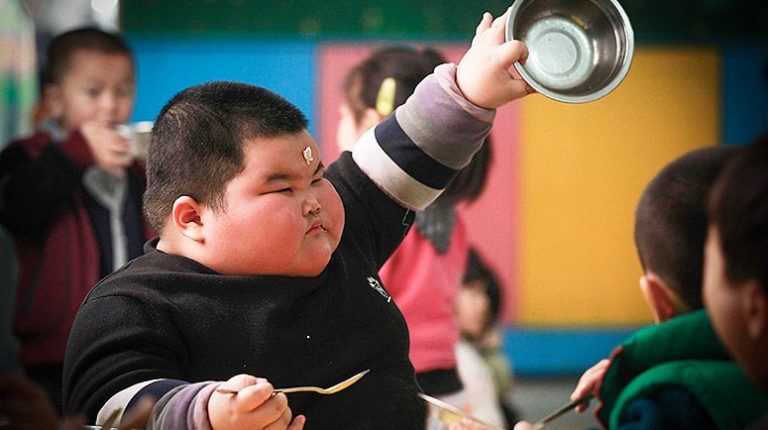 Obesity may negatively impact liver health in children as young as eight years old, according to a new study published in the Journal of Pediatrics. The study is the first to show that bigger waist circumference at age three raises the likelihood that by age eight, children will have markers for non-alcoholic fatty liver disease.

Non-alcoholic fatty liver disease occurs when too much fat accumulates in the liver and triggers inflammation causing liver damage. The condition affects an estimated 80 million people in the US and is the most common chronic liver condition in children and adolescents.

While the disease is generally symptomless, progression of non-alcoholic fatty liver disease can lead to cirrhosis scarring of the liver and in some cases liver cancer.

The study is the first of its kind, as previous studies have focused on fatty liver disease in adolescents and young adults. In this study, the team of researchers led by Jennifer Woo Baidal, assistant professor of paediatrics at Columbia University Vagelos College of Physicians and Surgeons, looked for fatty liver risk factors in younger children.

The researchers measured blood levels of a liver enzyme called ALT—elevated ALT is a marker for liver damage and can occur in individuals with non-alcoholic fatty liver disease and other conditions that affect the liver—in 635 children from Project Viva, an ongoing prospective study of women and children in Massachusetts.

By age eight, 23% of children in the study had elevated ALT levels. Children with a bigger waist circumference (a measure of abdominal obesity) at age three and those with greater gains in obesity measures between ages three and eight were more likely to have elevated ALT. Approximately 35% of eight-year-olds with obesity had elevated ALT versus 20% of those with normal weights.

“With the rise in childhood obesity, we are seeing more kids with non-alcoholic fatty liver disease in our paediatric weight management practice,” said Woo Baidal. “Many parents know that obesity can lead to type 2 diabetes and other metabolic conditions, but there is far less awareness that obesity, even in young children, can lead to serious liver disease,” she added.

“Some clinicians measure ALT levels in at-risk children starting at around 10 years old, but our findings underscore the importance of acting earlier in a child’s life to prevent excess weight gain and subsequent liver inflammation,” said Woo Baidal, who is also director of paediatric weight management and a paediatric gastroenterologist in the Centre for Adolescent Bariatric Surgery at New York-Presbyterian Morgan Stanley Children’s Hospital.

“Currently, the best way for kids and adults to combat fatty liver disease is to lose weight, by eating fewer processed foods and getting regular exercise. We urgently need better ways to screen, diagnose, prevent, and treat this disease starting in childhood,” she added.