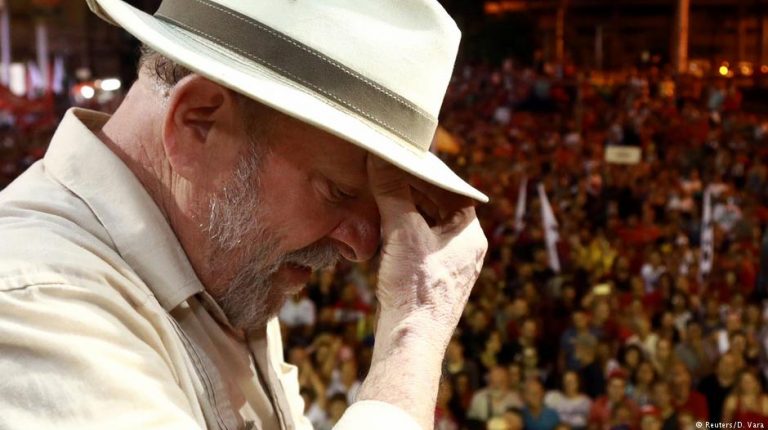 Justices had been weighing whether former President Lula should be allowed to put off beginning a 12-year sentence while he appeals a corruption conviction. The ruling against Lula will likely end his political career.Brazil’s Supreme Court early on Thursday rejected former President Luiz Inacio Lula da Silva’s petition to stay out of prison while he appeals a corruption conviction.

Lula had hoped to be spared prison during the appeals process, as he leads preference polls for October’s presidential election.

After deliberating for more than 10 hours the court voted 6-5 to reject Lula’s Petition, denying his bid to remain free until he has exhausted all possible appeals.

‘Could lead to impunity’

“The constitution secures individual rights, which are fundamental to democracy, but it also assures the exercise of criminal law,” she said.

The top court’s decision means that he will likely soon be forced to begin his 12-year prison sentence for taking bribes. Some reports suggested the former president could already be incarcerated later on Thursday.

The court ruled against Lula following apparent pressure from a top general earlier this week. In a tweet, General Eduardo Villas Boas appeared to back Lula’s incarceration in remarks that triggered public criticism for its interventionist overtone.

“In Brazil’s current situation, it’s worth asking our institutions and the people who is really thinking about what is best for the country and future generations, and who is only worried about their personal interests?” Boas said.

Boas’ remarks were criticized by human rights groups, with Amnesty International saying it represented a “threat to the democratic state of law.” High-ranking military officials have largely remained outside the sphere of politics since the end of military dictatorship in 1985.

Lula was president from 2003 to 2010. Last year he was found guilty of trading favors with a construction firm to receive a beachfront apartment. The ruling was upheld in January and his sentence was lengthened.

Brazil goes to the polls in October and this decision could radically alter results and possibly affect stability in Brazil. The ex-president will likely be disqualified from running if his sentence is not overturned before the ballots are set in August.

Lula’s case has polarized Brazilians. The 72-year-old former metalworker and union leader is celebrated by those on the left for presiding over economic growth and lifting millions out of poverty. Many also view the judicial proceedings as a ploy by political rivals to keep him out of the election race.

However, on the right, Lula is the face of Brazil’s biggest ever graft scandal, which has claimed several scalps of the country’s political elite. President Michel Temer and former President Dilma Rousseff, Lula’s protege, have also been implicated in the “Car Wash Operation,” a Petrobas kickback scheme that continues to rock Brazil’s political landscape.