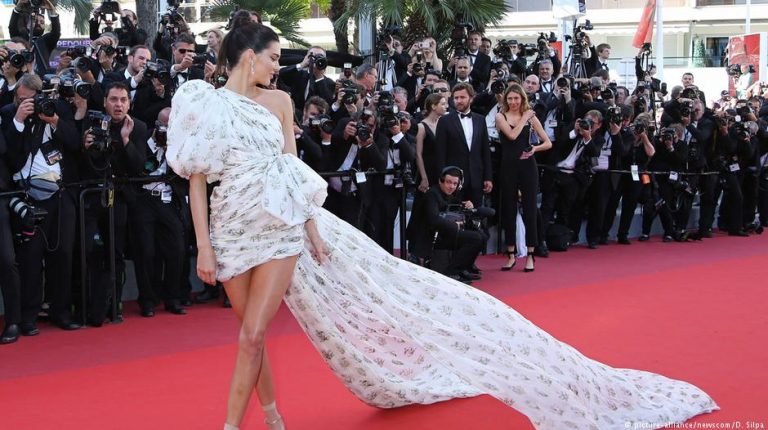 Is this the end of the red carpet selfie hunters? The director of France’s glamour film festival says that violators of the newly imposed selfie ban will not be let in to see films.Thousands of festival goers take selfies every year as film stars walk the red carpet at the French Riviera film festival.

But that relatively recent tradition has come to an abrupt end: In an interview on French radio on Wednesday, Cannes Film Festival director Thierry Fremaux announced that red carpet selfies will be banned this year — and likely in the future.

Fremaux said that masses of selfie hunters cause the festival to become “disorganized” and the program to “run late.” But he also cited aesthetic concerns. “[Selfies] are not beautiful,” he said. “They are grotesque. They are ridiculous. We want to restore a bit of decency.”

He did not, however, explain how the ban will be enforced.

No flats — or Netflix

Cannes Film Festival is famous for its many rules. After flat shoes were arbitrarily banned from the red carpet in 2015, a number of women were dismissed from the premiere of the Cate Blanchett film “Carol” because they weren’t wearing heels. The rule-bound festival organizers soon drew the ire of Hollywood actresses like Emily Blunt, who said it was “very disappointing” and that she prefers to wear Converse sneakers.

The selfie ban follows on the heels of the March announcement that Netflix feature films are prohibited from entering the Cannes competition.

Read more: Opinion: The showdown between Netflix and Cannes

“Any film which is selected to compete will have to be released in theaters,” explained Fremaux in a recent interview with Variety.

“Last year, I thought I could convince Netflix but they refused [to release films in theaters]. That’s their economic model, and I respect it,” he said, adding: “But we are all about cinema and we wish to have films that play in competition get released in theaters. That’s the model of film lovers and Netflix must respect it as well.”

Fremaux also stressed that this year’s event, which runs May 8-19, will address gender disparity in the film industry by ensuring an equal proportion of women staff at the festival, and especially in “selection committees” so as to highlight the “importance of the ‘female gaze’ during the selection process.”

Read more: What a history-making Oscar nomination reveals about gender equality in Hollywood

“The world is not the same since the Weinstein case; it has woken up. And it’s fortunate,” he explained.