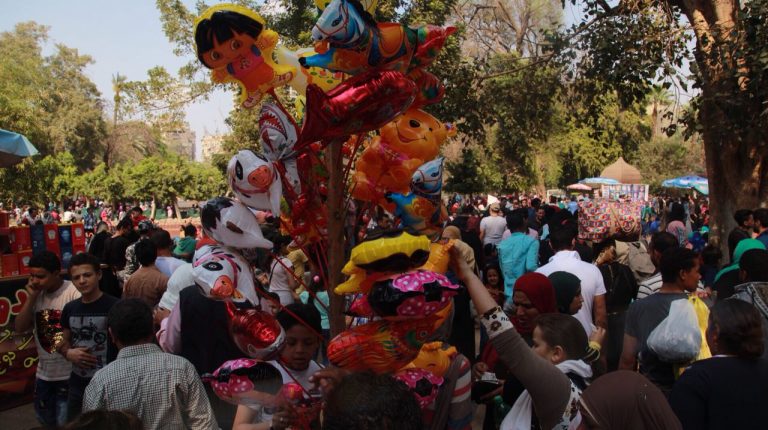 Thousands of Egyptians took to public and private gardens, amusement parks, hotels, and boats to celebrate the ancient holiday of Sham Ennessim.

Once a date to mark the start of spring for ancient Egyptians, beginning the harvest season, the holiday has taken a more secular turn to become celebrated by the majority of Egyptians, regardless of religion.

Although opposed by ultraconservative Islamists as an “un-Islamic,” as it is derived from ancient Egyptian methodology, in relation to agriculture, and as it is falls on the Monday directly following Orthodox Easter Sunday. Egypt’s major Islamic institutions have allowed the celebrations.

Celebrations often take place in outdoor places, and depending on social class, they include gatherings at public parks, picnics by the Nile, and parties at up-scale hotels.